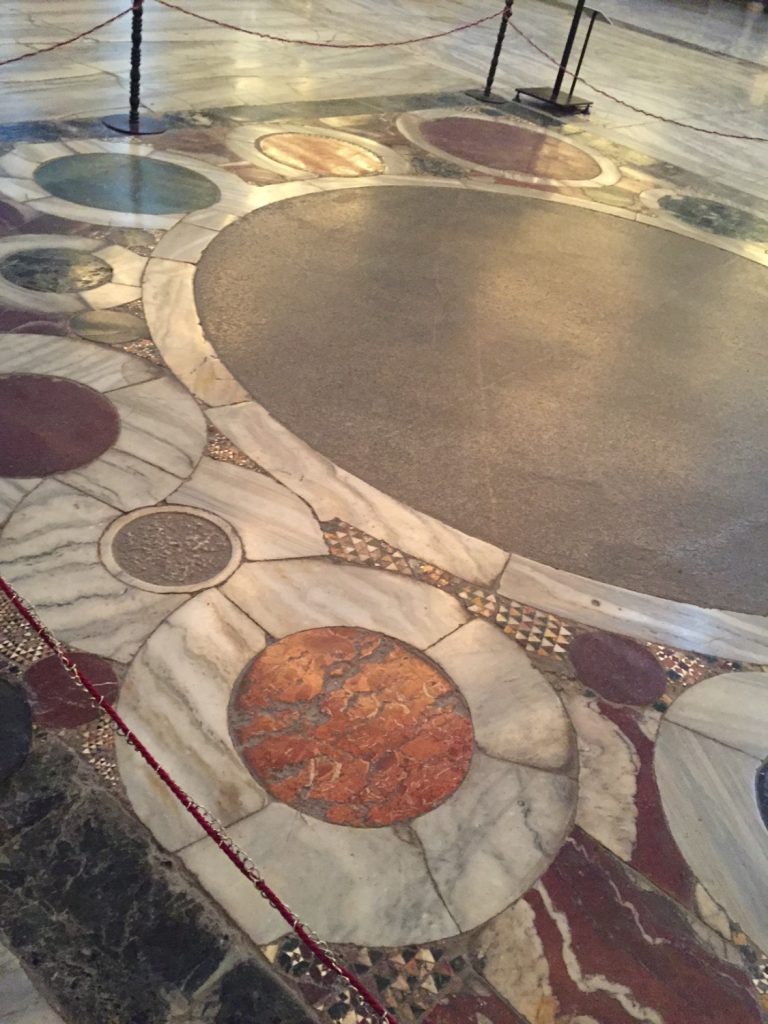 It is rare to see a virtuous individual reach the pinnacle of power in any era. Byzantine rulers were no exception, with many rough and determined characters sitting on the throne in its eleven centuries. Some were brutal, but three (in my humble opinion) stand out for remarkable cruelty unleavened by positive accomplishments. They are the “rogues” to which I refer. I’d love to hear if you have other opinions on the composition of this group.

This rebel general took the throne from Emperor Maurice. Typical for Byzantine emperors in this situation, Maurice retired to a monastery. Not good enough for Phocas, who dragged Maurice back to Constantinople with his six young sons. Phocas then beheaded all six of the boys in front of Maurice before turning the axe on the fallen emperor. Phocas’ reputation in the history books grew only worse with the blindings, mutilations and torture he inflicted on the empire’s citizens, inciting a civil war eventually won by another general, Heraclius.

The ten-year break in Justinian’s years on the throne occurred because this young man, known for a vicious temper, the murder of his brothers, and rapacious greed for gold at the expense of rich and poor, was pushed off the throne and had has nose cut off. Normally this would preclude him from ever returning from his exile in Cherson on the Black Sea, and to the throne. But his ten-year absence allowed the memories of his cruelty to fade, as well as permitting a strategic marriage to the sister of the Khazar Khagan.

With assistance from the Bulgar king and with his nose replaced with a gold prosthetic, he returned to Constantinople and executed his erstwhile replacements, retaking the throne. However, his erratic behavior and vindictiveness over the next six years led to another rebellion, and Justinian’s execution on the road to Constantinople. H.N. Turtletaub wrote a novel, Justinian, on this volatile ruler. A word of warning – it pulls no punches in its depiction of Justinian. www.amazon.com/Justinian-H-N-Turteltaub-ebook/dp/B004FPZ28G

This disreputable scion of the Comnenus dynasty was a first cousin and (early on) favorite of the Emperor Manuel I Comnenus. However, starting in his mid-20’s, he seduced his own niece, rebelled against his cousin several times, and seduced not one but two of Manuel’s nieces. Manuel died in 1180 leaving a nine-year old son, Alexios and an unstable regency. By 1183 Andronikos entered Constantinople and seized the crown. He soon ordered the massacre of the city’s 80,000 Latin residents, the strangulation of Manuel’s widow and heir, as well as likely poisoning an older daughter, Maria, and her husband.

If that wasn’t enough, at the age of 65 he then married the 12-year old girl with whom young Alexios had been betrothed, Agnes of France. The rest of his time on the throne was a growing reign of terror. The people of Constantinople turned on him in September 1185. They tied him  to a post while ridiculing and mutilating him (hair and teeth pulled out, an eye gouged out, hand cut off, boiling water thrown on him). After three days they carried him into the Hippodrome, stabbed him several times, and literally tore his body into pieces. Andronikos’ end, however well deserved, does make hanging, drawing and quartering look like an easy death.

There were other rulers who had streaks of cruelty and murderous moments, but also managed worthwhile accomplishments. I would include on that list – Constantine I, Irene of Athens, Basil I, John Tzimiskes, and Michael IV.