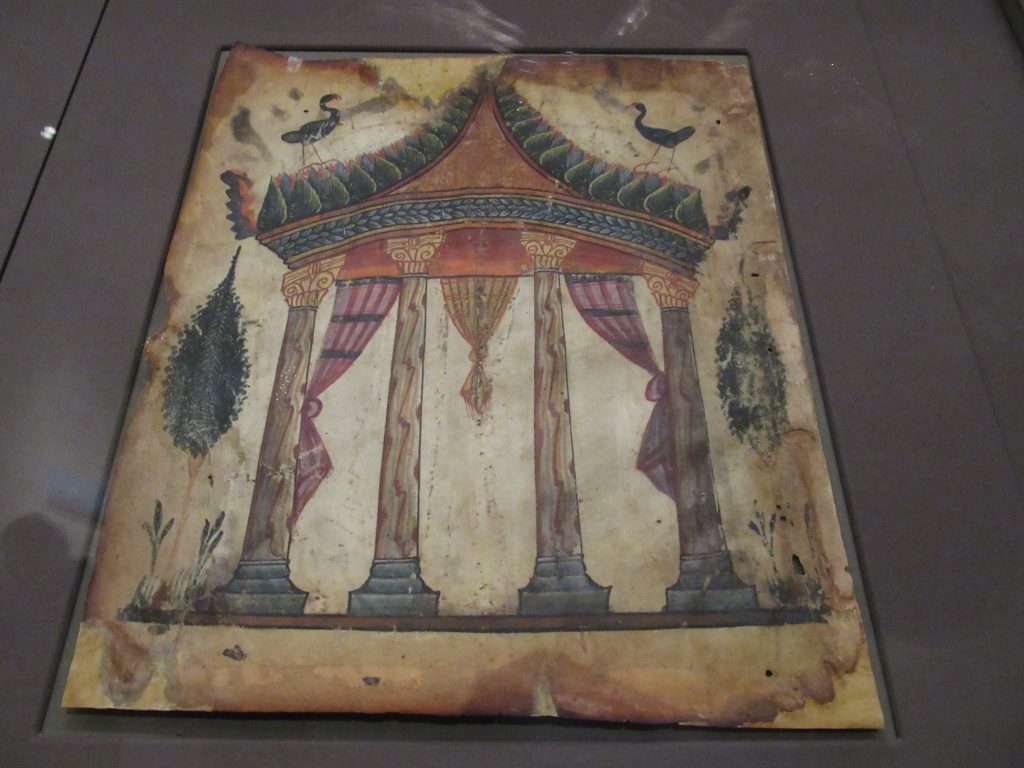 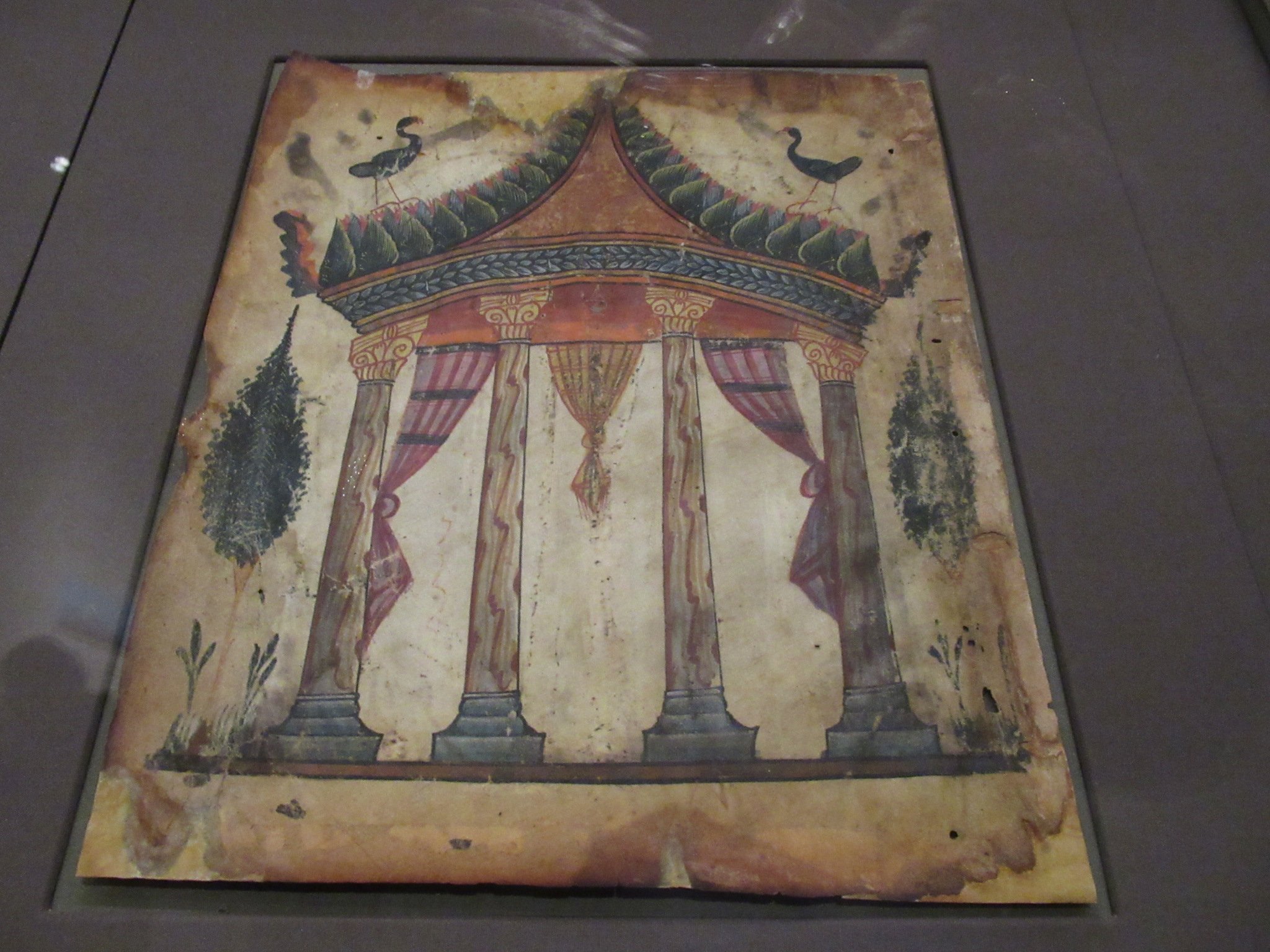 The Metropolitan Museum of Art in New York City had an exhibit of art and artifacts from Armenia at the museum until January 13, 2019. I decided to visit it since one of the characters in my novel, Imperial Passions – The Porta Aurea, was the last king of the Armenian kingdom with its capital in Ani, King Gagik.

Armenia was an important buffer area between the Byzantines and the rulers of Persia. King Gagik’s father signed a treaty with Emperor Basil II, willing to him his Armenian kingdom upon his death. The Byzantine government was in some turmoil when Gagik’s father died in 1040 and did not make a claim for several years. Young Gagik was inclined to try and keep his throne. Unfortunately, other ambitious nobles betrayed him in hopes of taking it for themselves. Ironically, Gagik was treated fairly well by the Byzantines and given positions of responsibility. However, the new Byzantine overlords had little use for the men who had betrayed Gagik, and those men lost everything.

One thing I learned from this exhibit is that the Armenians were spread over a large area and had several different kingdoms. Sadly, I saw only one item that came from Ani, shown below. It is a copper alloy ewer that has traces of gilding on it. It was excavated in 1906 in the ruins of Ani near a door of the Church of St. Gregory of Gagik. 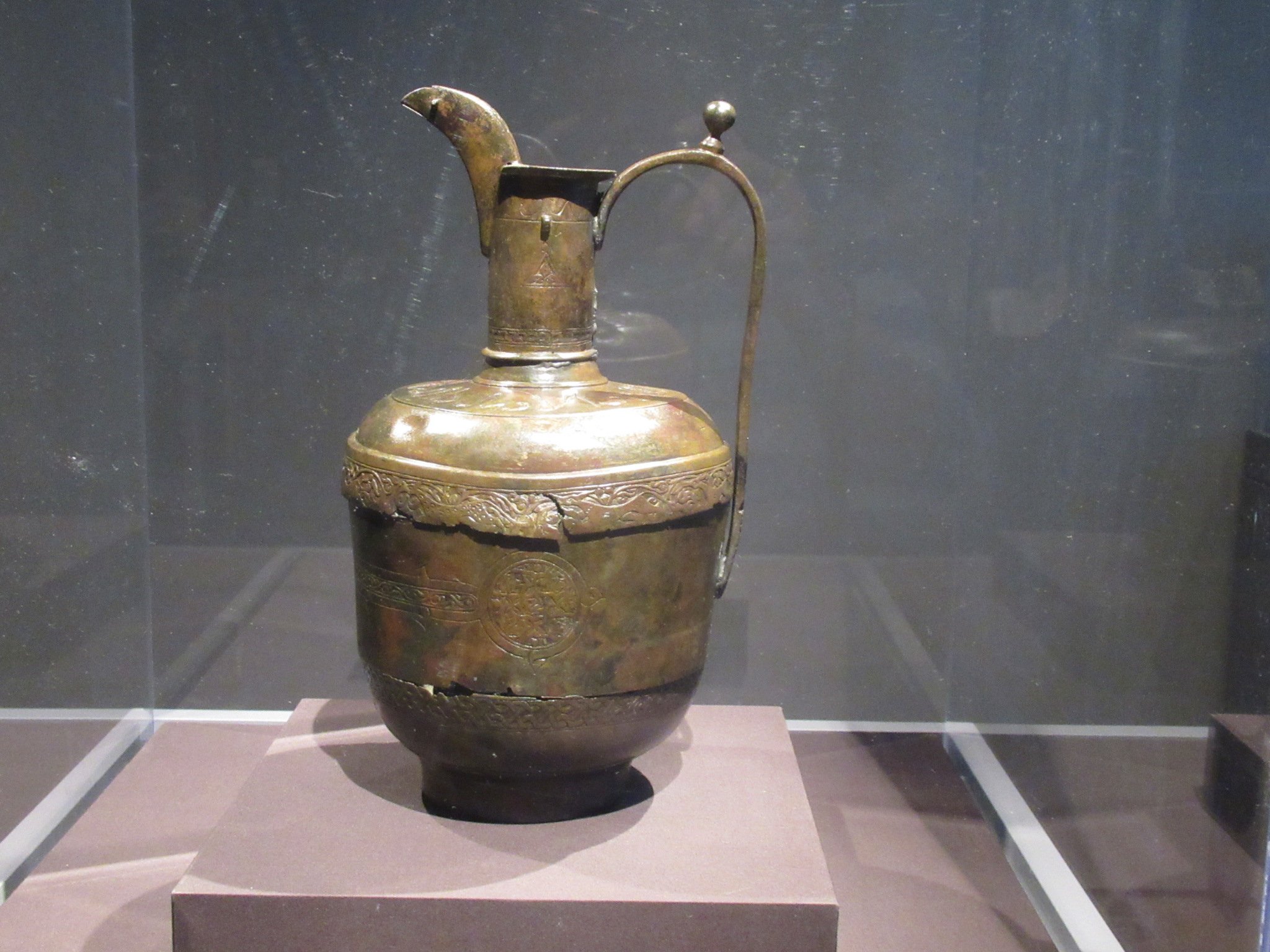 Here are a few photos of Armenian jewelry. (Sorry, but I do enjoy looking at little sparkly things like this!) 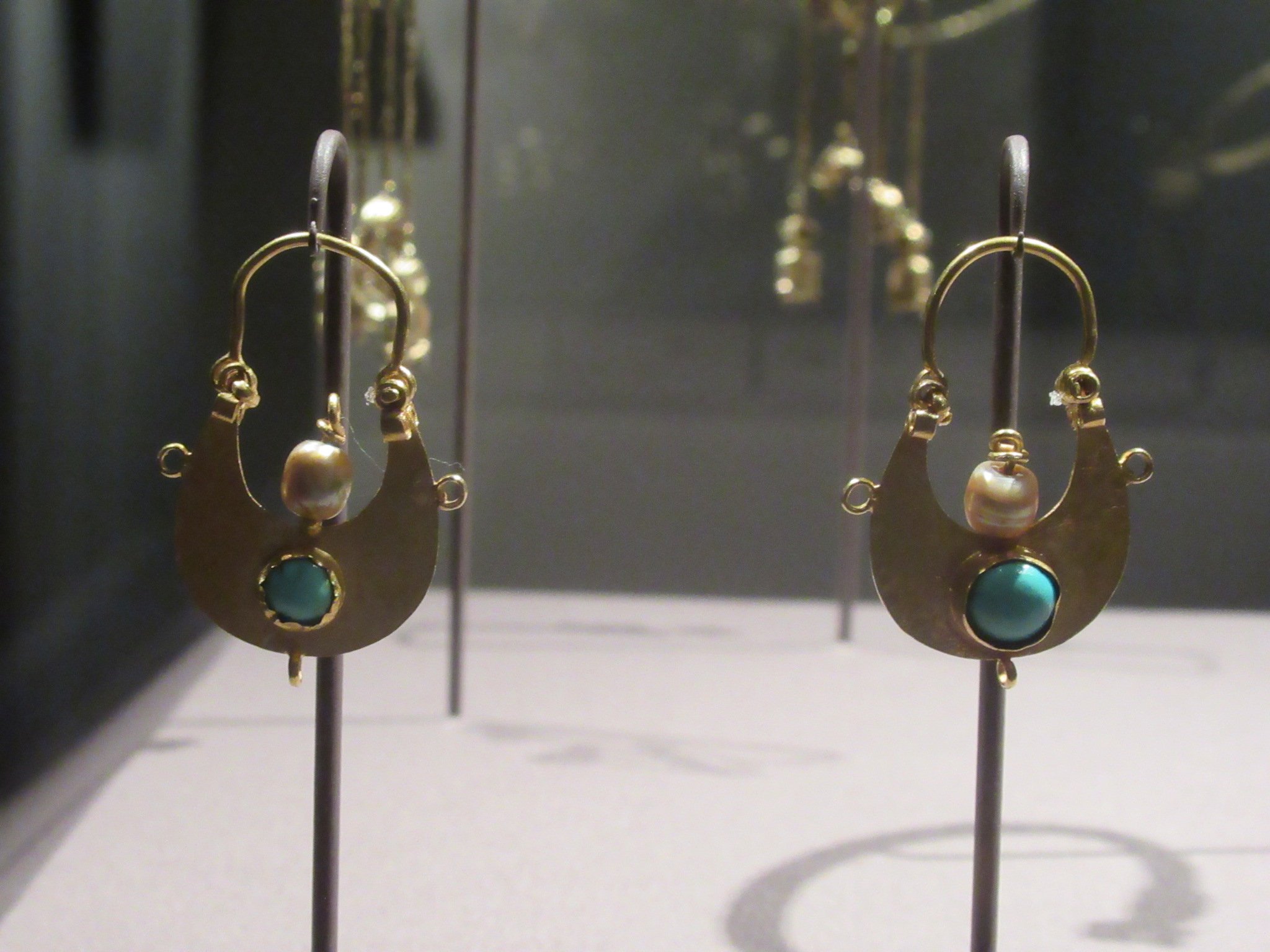 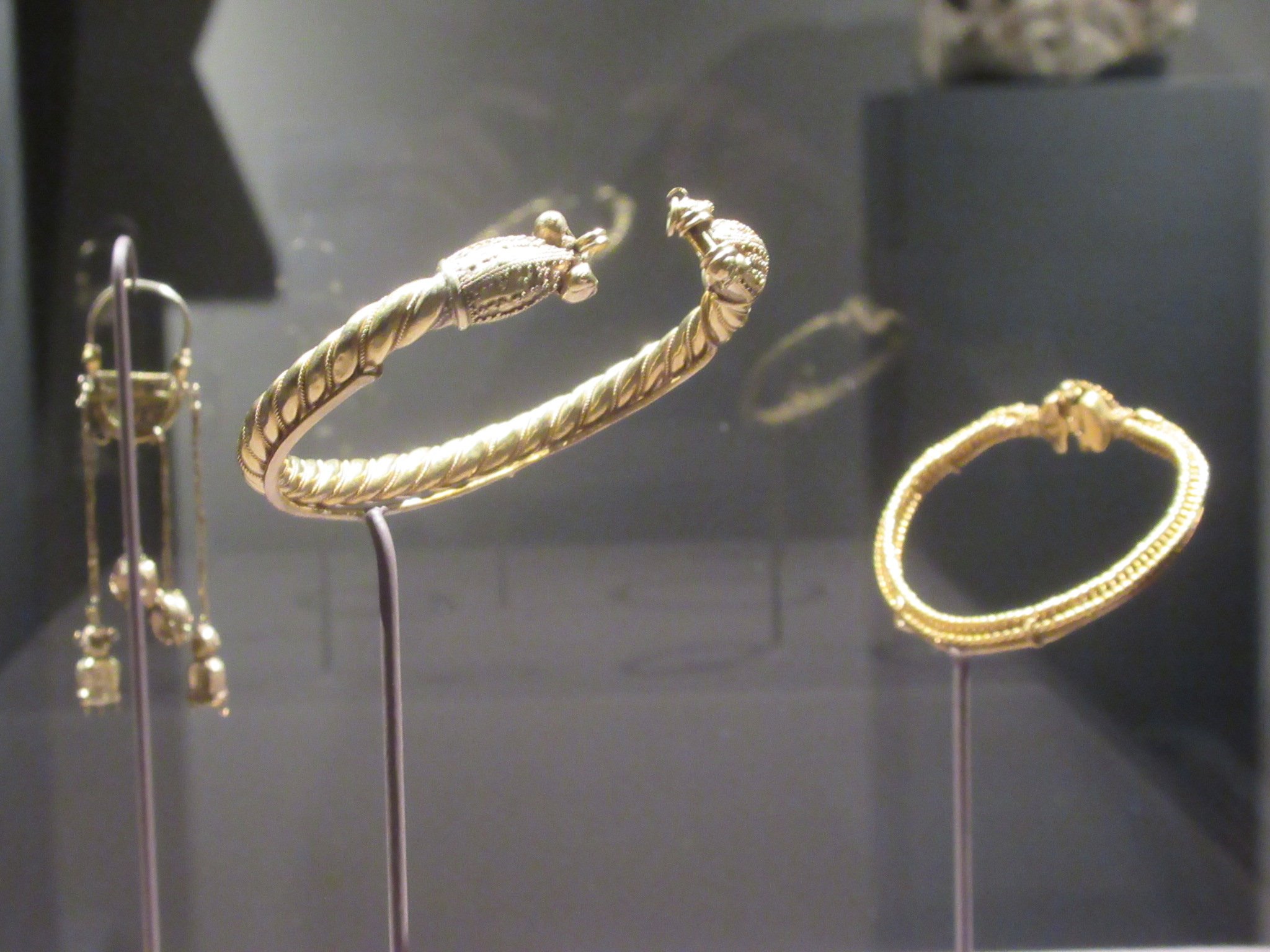 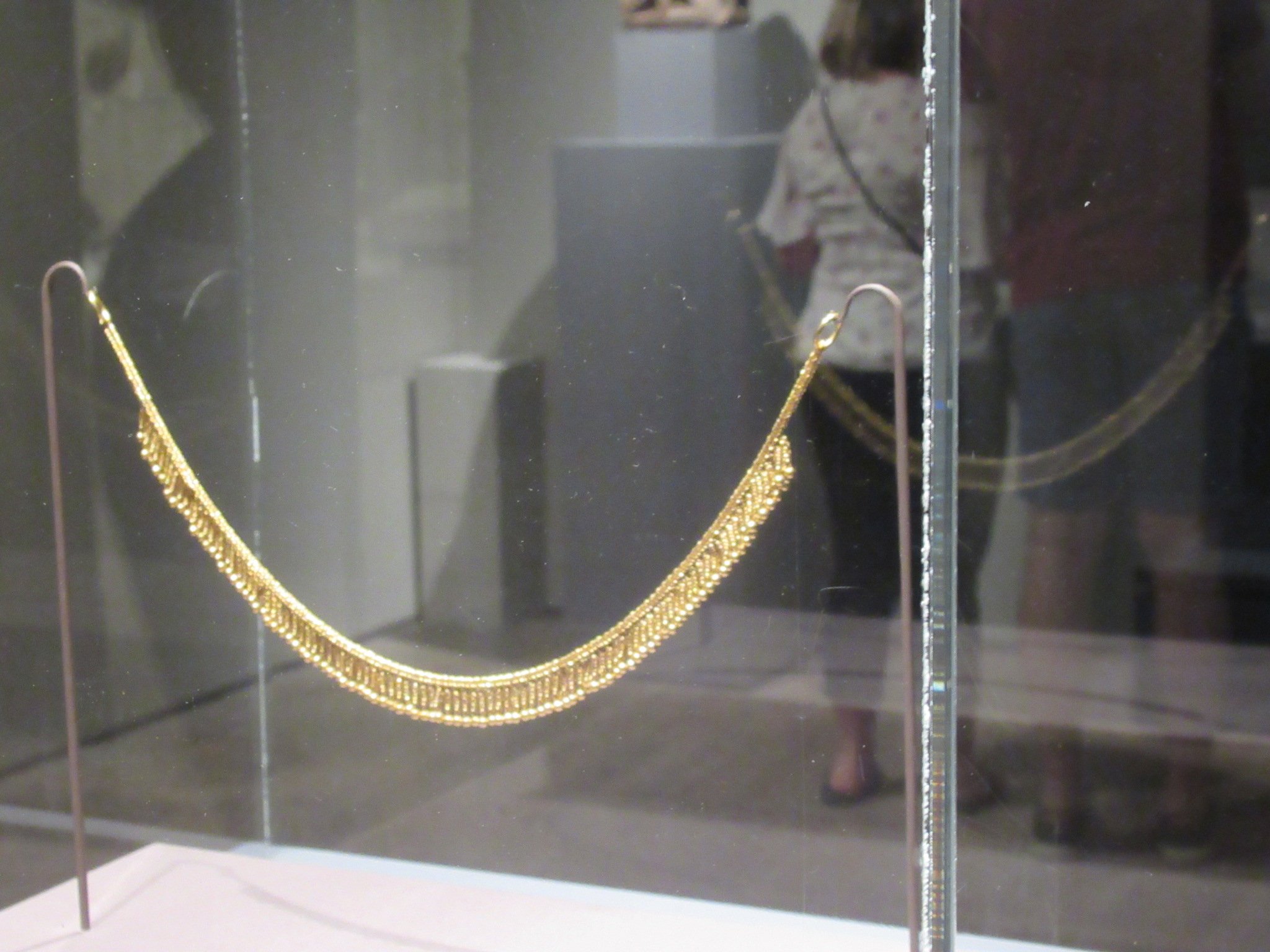 The Armenian illustrated manuscripts bore a resemblance to Byzantine manuscripts. At the same time, the Armenian artwork contained a decidedly more eastern look to them, with more vivid colors as you can see here: 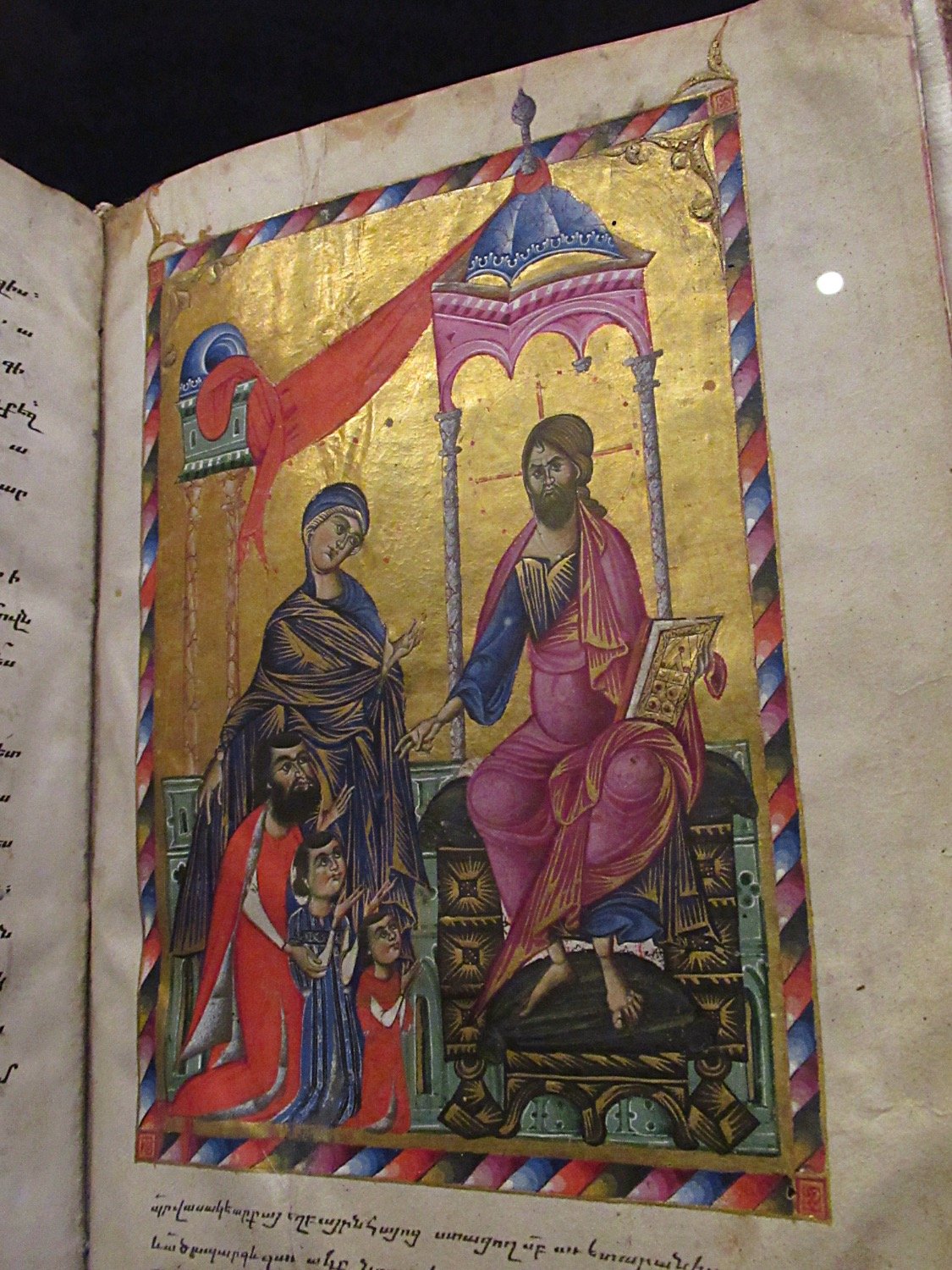 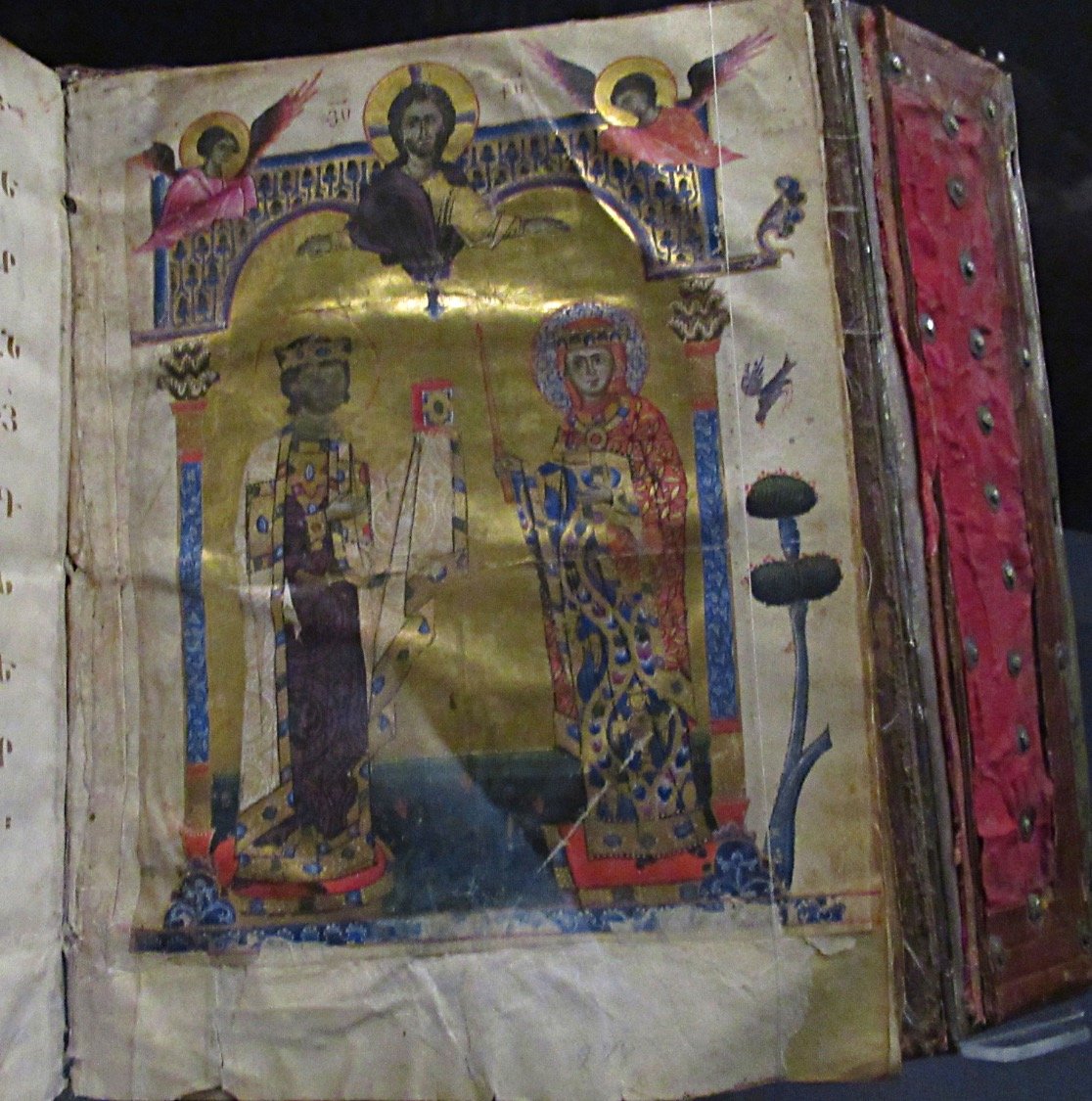 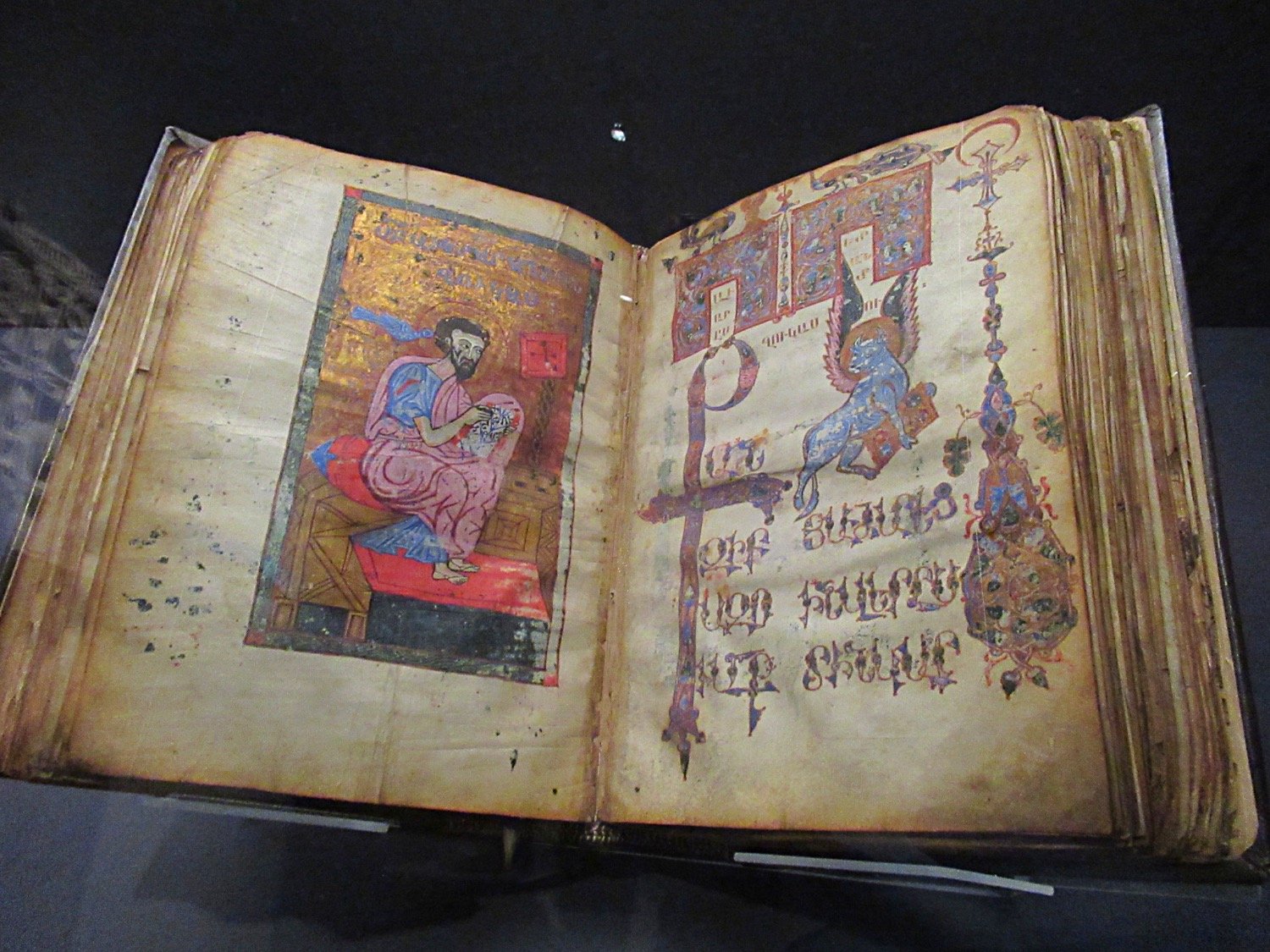 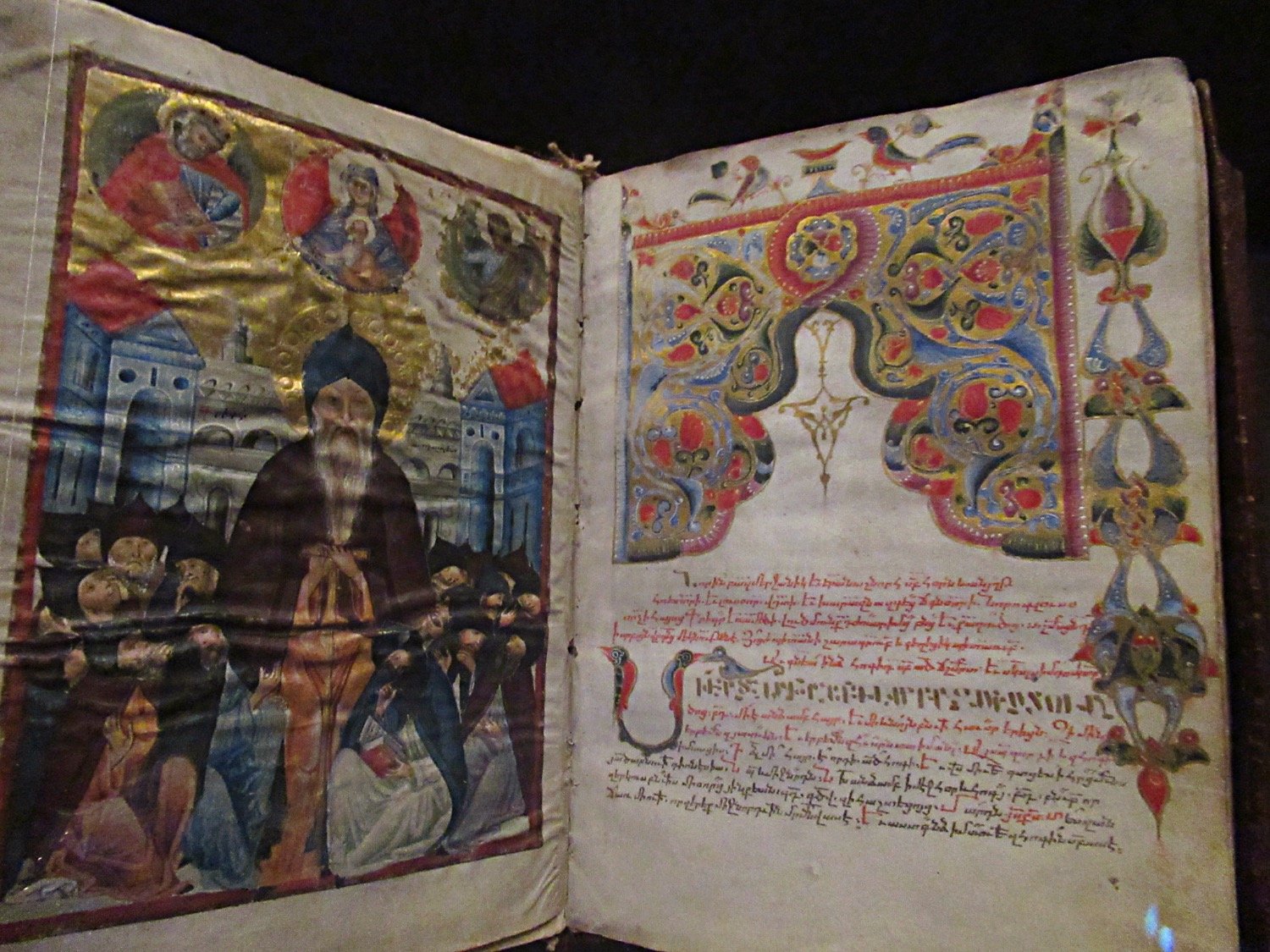 The exhibit included quite a few khachkars – a kind of stele, or grave marker with elaborate and beautiful carvings. 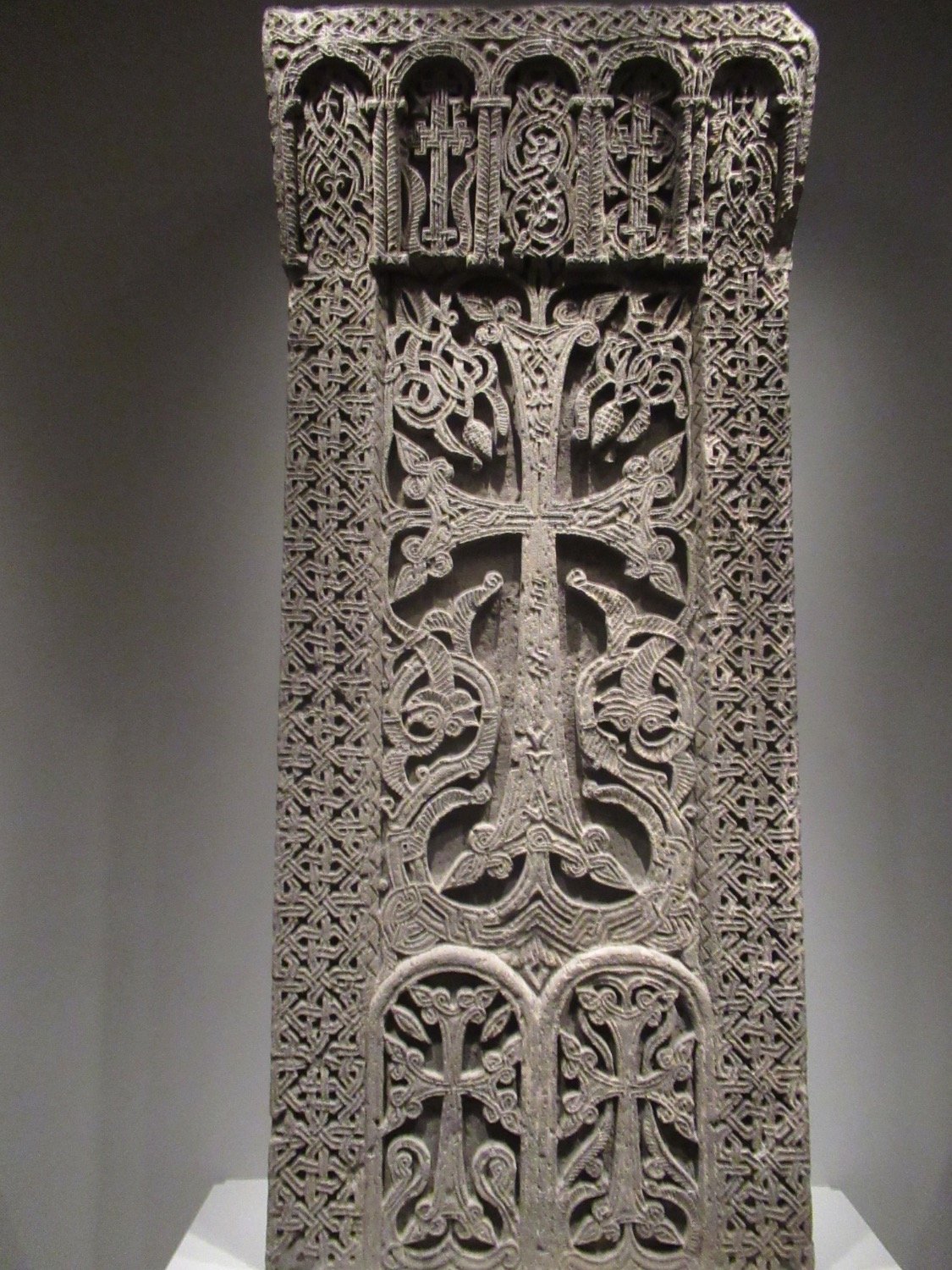 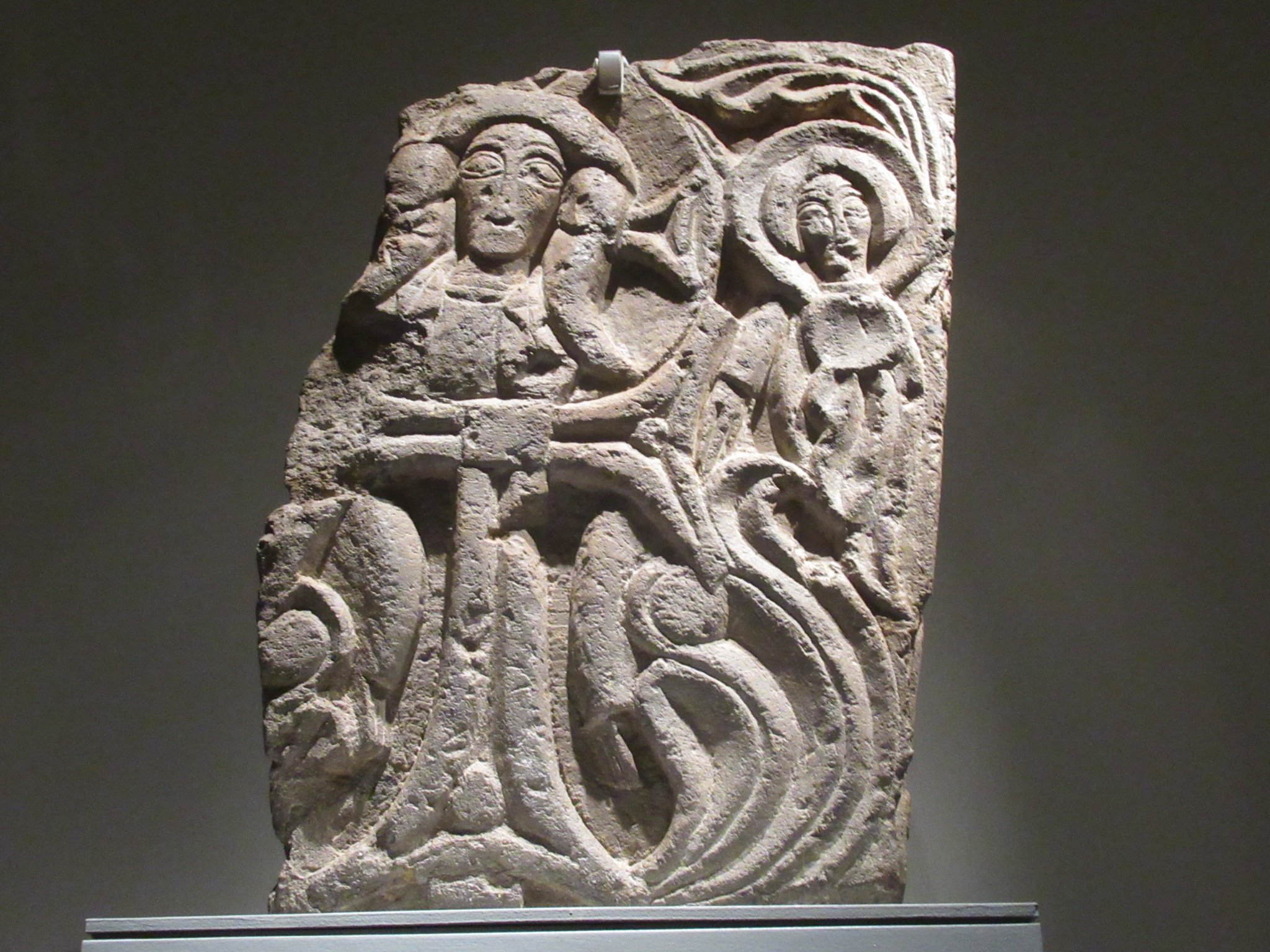 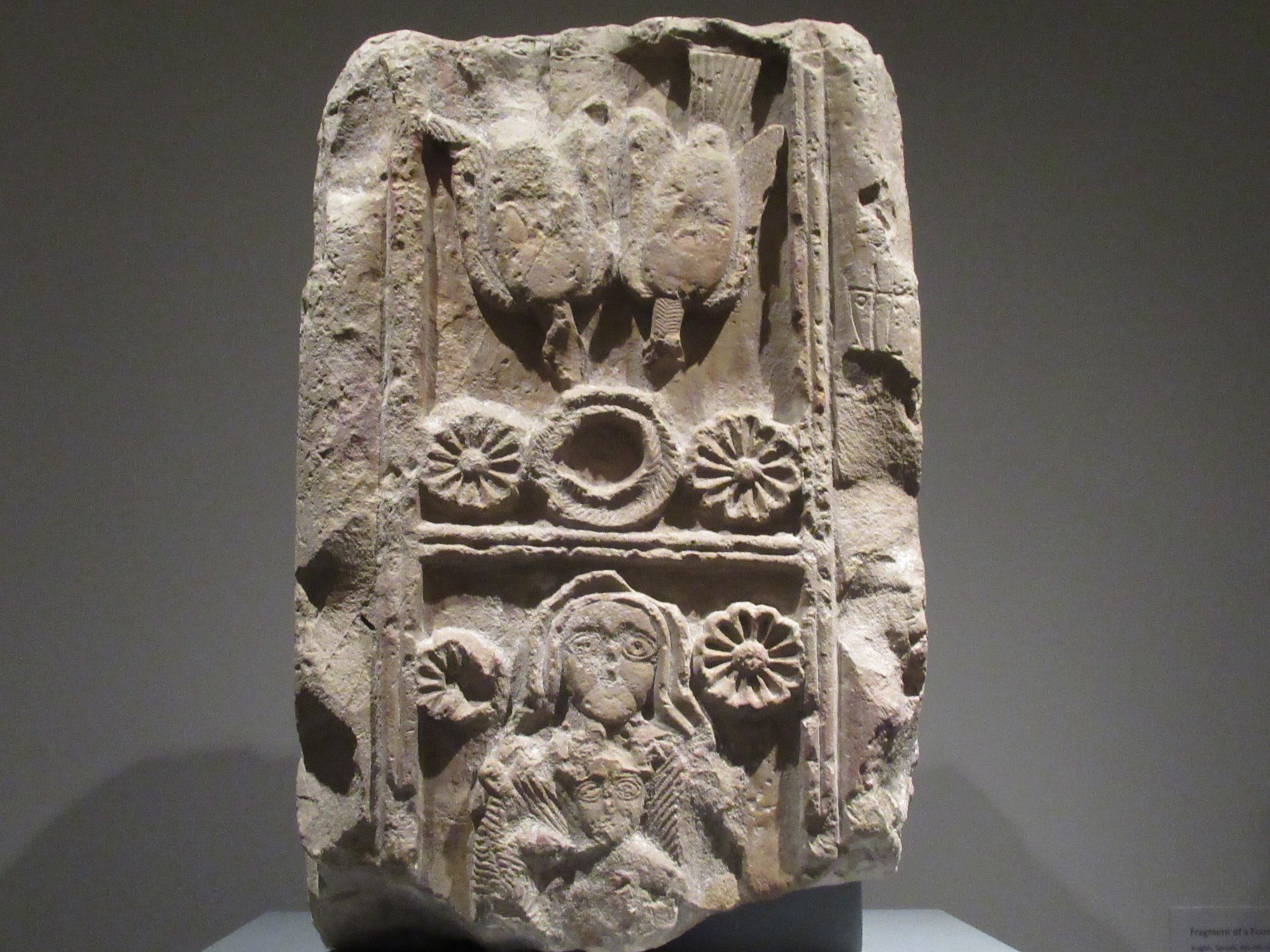 Some wood carvings survived through the centuries. This first item is a door from the Church of the Holy Apostles at Lake Sevan: 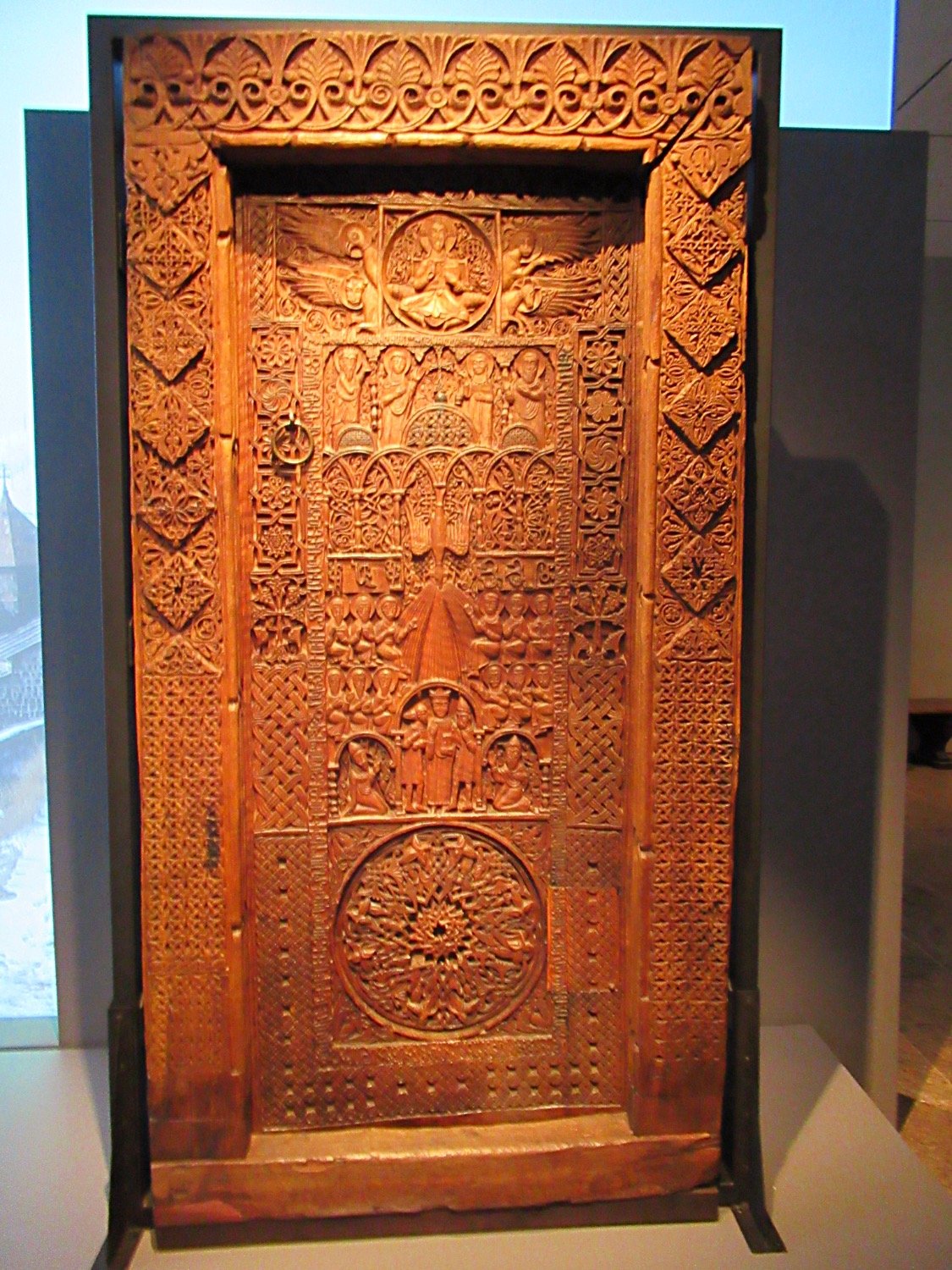 And here is a capital from a wooden column at the Church of the Mother of God, also at Lake Sevan: 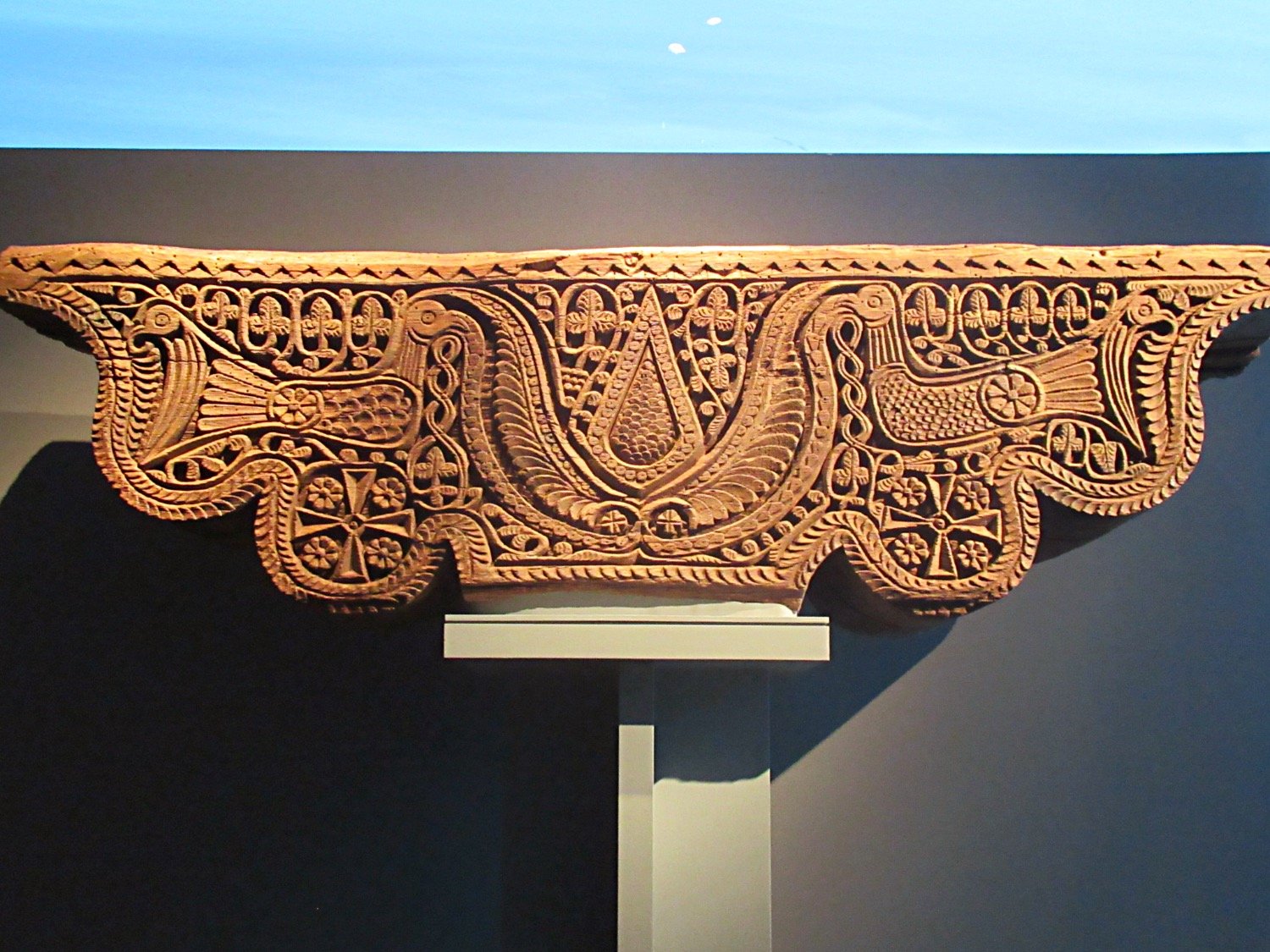 One last bit of bling: a Reliquary Cross containing relics of St. John the Baptist. Coral and pearls and other precious and semi-precious stonesIt decorated its gilded silver. It came from the Mother See of Holy Etchmiadzin, Armenia. 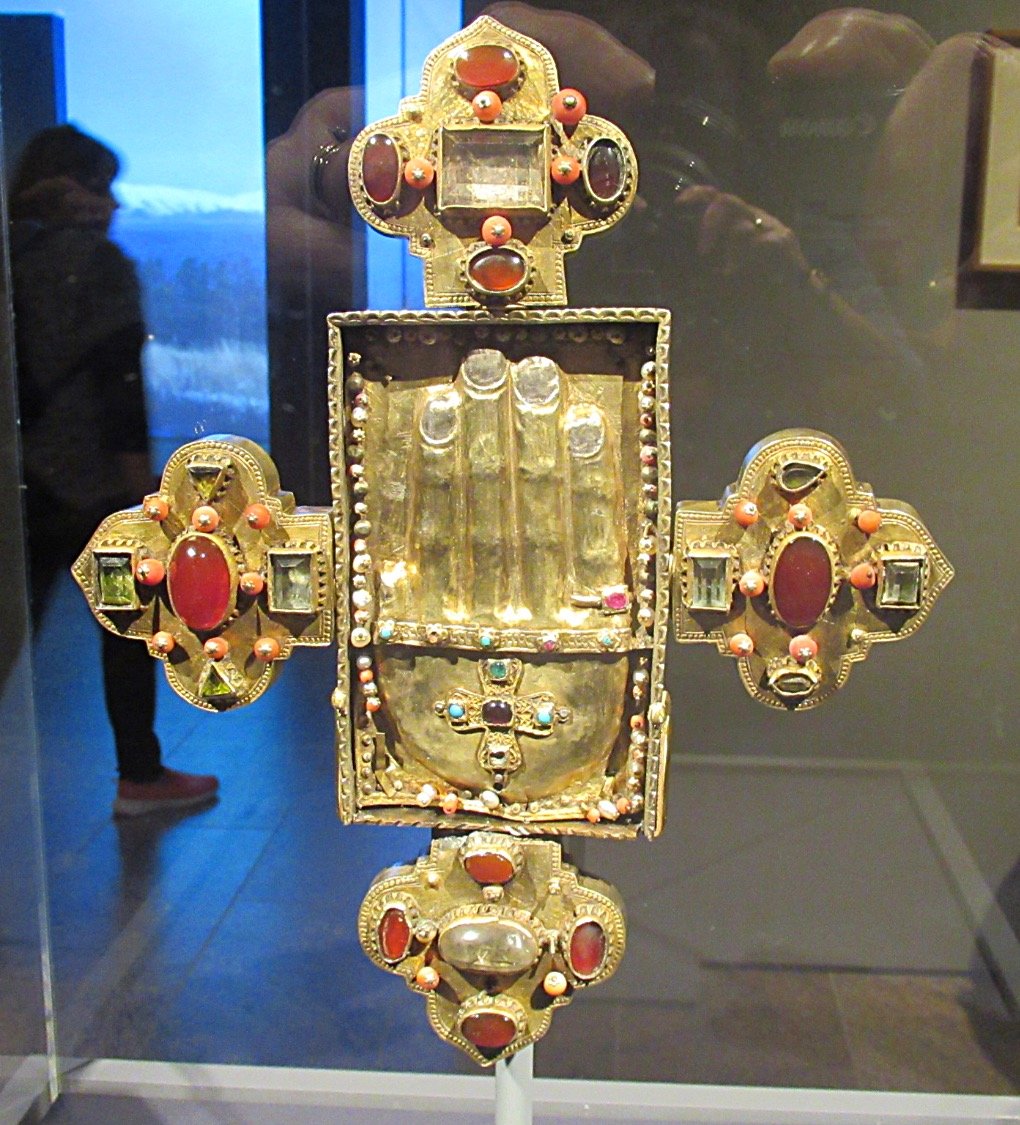 This large exhibit exceeded my expectations, given the frequently war torn areas that the Armenians inhabited. It was a worthwhile visit, even if you didn’t have any Armenian heritage.

PrevPreviousMetadata, Keywords, and Email Lists
NextReview – Psellos and the PatriarchsNext