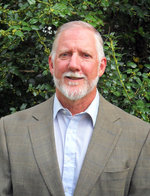 Recently, I had the good fortune to attend a lecture at the Smithsonian titled The Artistic Legacy of Byzantium, given by Professor Lawrence Butler at George Mason University. He was kind enough to agree to an interview with me on Byzantine art and his work in Istanbul. His BA is in History from Oberlin College, MA in Art History from Oberlin, with a thesis on the Pantokrator Monastery churches in Istanbul. His PhD was from the Univ. of Pennsylvania. with a dissertation supervised by Cecil L. Striker, on the sculpted nave cornices of the Hagia Sophia. Fulbright in Turkey 1982-3. 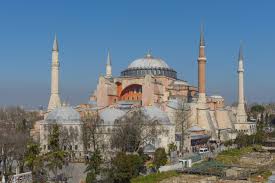 Here is the interview:

Q: You’ve said that the Hagia Sophia first got you interested in Byzantine architecture. Do you still find the Hagia Sophia as fascinating? Do you think it has any secrets left to be discovered?

A: Oh, it’s always fascinating. Byzantine mosaics continue to come to light, as in the most recent campaign of restoration, and I expect there will be more. The Dumbarton Oaks archeological archives have only begun to be mined for information from the work of the Byzantine Institute of America under Thomas Whittemore in the 1930’s. Also, from the vast archives left by Robert Van Nice, with whom I was lucky enough to work during my dissertation research.

One thing I would love to hear more about is the substructures. There are hints in the older literature, but I’m not aware they’ve been thoroughly studied as yet. And we still know little about the original Hagia Sophia built in the 4th century. Only the barest outlines of its archeological remains and some sculptures from a later porch. I also have training in Islamic art, specifically Ottoman art, and am delighted to find both the Ottoman period and the modern period of the building getting overdue attention, esp. in the work of Gulru Necipoglu (please add diacriticals!) and Robert Nelson. Other scholars, such as Prof. Bissera Pentcheva, are amplifying our understanding of the building’s ritual significance, using new technologies to recreate its lost art, liturgies and even its vocal acoustics.

Q: Is there anything unusual from an art historian’s point of view in the Hagia Sophia that the typical guide might not mention and that you would recommend searching out?

A: When I’ve taken people there I’ve spent a lot of time–probably too much–walking them around the bits and pieces of those earlier phases of the building still visible in the western gardens. Since I study architectural sculpture, I am also fascinated by some unfinished marble capitals still sitting in the grass outdoors behind the apse, showing progressive stages of sculpting by the Proconnesian marble workers. I also encourage people to spend time exploring the Ottoman imperial tombs to the south of the building, recently restored and architecturally quite significant. One reuses the apparent baptistery of the Byzantine period, which gets little attention.

Other structures lie beyond it, including works by significant Ottoman figures like Architect Sinan. We should remember that the building’s Ottoman history is also significant, and that the present surprising state of preservation of the building and even its mosaics is due in no small part to continuing Ottoman and now Turkish and international efforts to preserve the building. A rewarding path into understanding the Byzantine city is by examining the cultural continuities and discontinuities between the Byzantines and their Ottoman successors.

Q: Where do you think we can most clearly see the architectural influence of the Hagia Sophia in buildings constructed since the 6th century?

A: Actually, in the Ottoman imperial mosques, and in the Byzantine Revival structures of the 19th and 20th centuries in Europe and the USA. The Hagia Sophia was never replicated in the Byzantine period–its vast scale and audacious engineering remained unique. It’s not true that the Ottomans learned to build great domes only after conquering the city in 1453, as the old books would have it–they were doing audacious domed architecture of their own a century before–but it is true that they competed with the Hagia Sophia.

I think the closest homage to the Hagia Sophia is Sinan’s great Suleymaniye Mosque, on the Third Hill a thousand years later, overlooking the Golden Horn. It is very similar in both plan and in scale, but with tweaks that I believe came partly from his own vast experience with the ancient building, which he later was summoned to restore. There are also surprising echoes of the Hagia Sophia in the 19th century, such as the throne room of Ludwig II’s Neuschwanstein Castle in Bavaria–a golden Byzantine surprise inside an otherwise Gothic Revival palace.

This is the first half of my interview with Professor Butler. The second half will follow shortly. While you’re waiting, listen to his talk on the hard work of analyzing a great building such as the Hagia Sophia to better understand the cultures and history it has been a part of.

Part 2 of the interview >

PrevPreviousVlad the Impaler & the Byzantines
NextByzantine Art – A historian’s view, Part 2Next