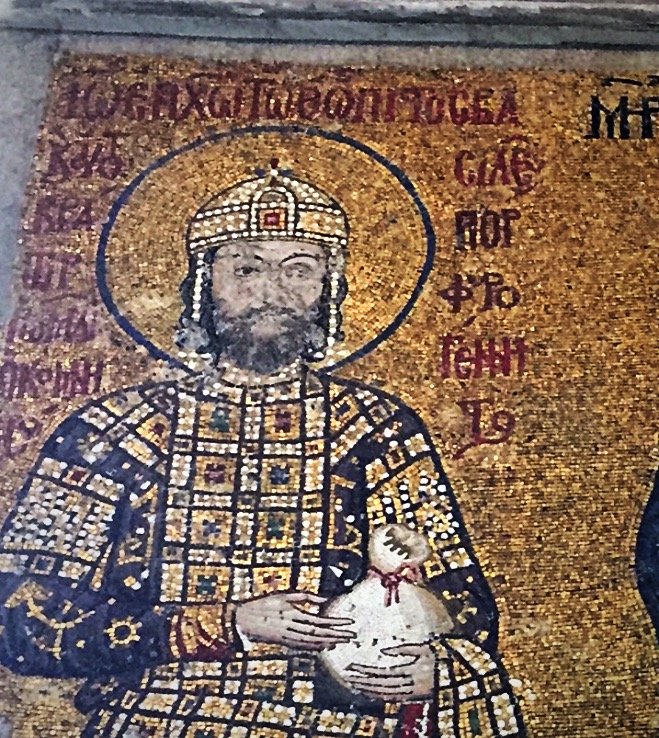 I continue my interview with Professor Lawrence Butler here. He has some great recommendations of places to visit when you’re in Istanbul! (Part 1 can be found here: https://eileenstephenson.com/byzantine-art-a-historians-view-part-1/)

Q – Having spent some time in Istanbul, what other buildings do you recommend visiting to learn more about Byzantine architecture, and what makes those buildings special?

A – I have several favorites, of course. Some need no introduction such as the Kariye Camii, former Chora Monastery church on the 7th Hill, by far our finest preserved work of art of the late Byzantine Palaiologan period. Visitors there should certainly make the effort to explore the mighty 5th century Land Walls and the still-impressive ruined palaces just up the street. Lesser known gems include the well-preserved and very lovely Justinianic church of St. Eirene, now inside Topkapi Palace’s First Court.

More intrepid hikers might seek out the Zeyrek Camii/Pantokrator Monastery churches on the Fourth Hill, now in a parlous state in an iffy neighborhood. A well-studied site and now the finest architectural ensemble remaining in the city from the Komnenian period. The little Fethiye Camii/Pammakaristos Church is a complex late Byzantine gem on the 5th Hill that preserves exquisite mosaics. It served for a while as the Orthodox Patriarchate after 1453. Speaking of which, the current Patriarchate itself is fascinating, the 18th century church preserving a wonderful array of Byzantine and post-Byzantine treasures, and still very much in use today.

Beyond the religious structures, one should also make an effort to comprehend the Hippodrome and Great Palace remains, and particularly make the effort to find the Mosaic Museum, part of the Great Palace, that likes in the Arasta behind the Sultanahmet/Blue Mosque.

But my favorite Byzantine monument of all is the Church of SS. Sergios and Bakchos, now known as the Kucuk Ayasofya, or “Little Hagia Sophia,” a working neighborhood mosque recently restored and reopened. It’s a short walk downhill from the Hippodrome, nestled into the Byzantine Sea Walls and a wonderful Ottoman neighborhood recently restored to suggest the charm of old Istanbul.

Justinian and Theodora built it as their palace church in the 520’s or so, and was clearly the experimental fore-runner of the Hagia Sophia of the 530’s. Although its mosaics are lost, its architectural sculpture is exquisite, and much more accessible than the similar sculpture in the giant church up the hill. But best is its fabulous rippling dome, with its windows and its surrounding galleries, that altogether create one of the most magical spaces remaining from early medieval Europe. I am also pleased that it is still in ritual, sacred use, albeit for a different religion. That really gives the building a meaning that the secularized Hagia Sophia has lost. 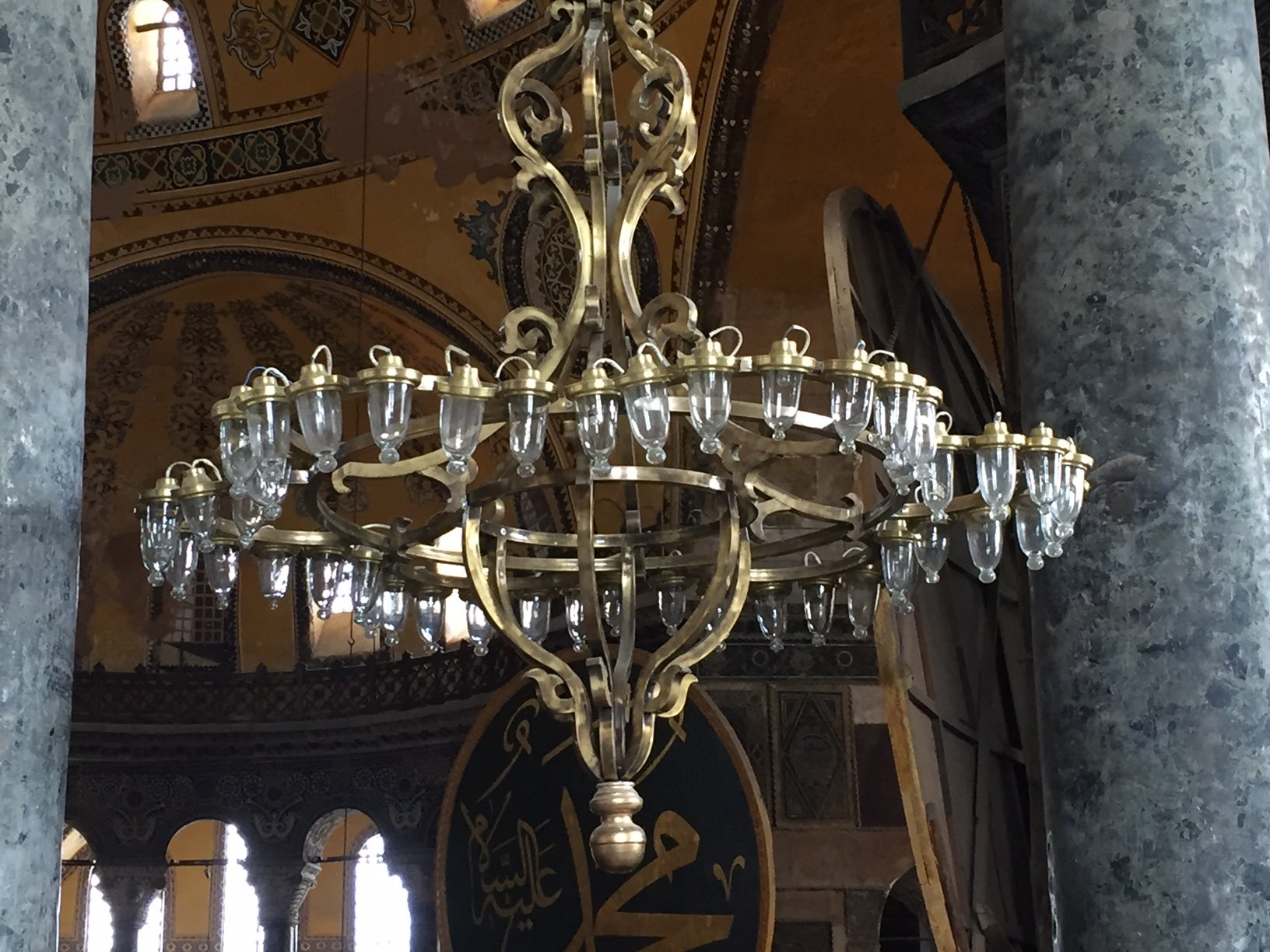 Q – If someone had just three days to spend in Istanbul and wanted to focus solely on Byzantine history, what sites/museums would you recommend visiting?

A – Well, first a personal note. On my first trip there, at the age of 20, I only wanted to see Byzantine stuff–Constantinople, not Istanbul–since that’s what I’d studied in college. While the Byzantine angle is fascinating, no one had prepared me for the sheer fabulousness of the Ottoman city that surrounds and amplifies the Byzantine remains. Regardless of one’s historical, religious or cultural allegiances, I would encourage any visitor to be open to the whole sweep of history that makes Istanbul such a special place. It still leaves me dazzled with every subsequent visit.

Second: obtain a copy of “Strolling Through Istanbul,” the classic guidebook by John Freely and Hillary Sumner-Boyd. Many of us fell in love with the great city through this wonderful, erudite, and occasionally updated guide.

OK, so a three-day Byz itinerary. First, check opening days carefully! The Hagia Sophia, Topkapi Palace and some of the other museums have different closing days, and you need to know those. When I lead groups, I always begin in the Hippodrome, setting out the main points of the city’s history and topography while looking at the obelisk base of Theodosius I. There you can see sculpted images of the Hippodrome games, and of the imperial iconography built around the city’s public core. It’s the best place to get one’s historical bearings. Then take a quick detour to the remains of the Great Palace in the Mosaic Museum.

Take your time visiting the Hagia Sophia. If you still have energy, sweep into the Topkapi outer gate to peek into the St. Eirene church, then continue down the lovely old alley to the The Istanbul Archeological Museum. It has extensive, well-displayed and well-interpreted galleries devoted to the Byzantine-period history and archeology of the city, and significant sculptures inside and even outside in the courtyard. OK, that’s an exhausting day.

Second day, I would explore the fabric of the Ottoman city that still preserves echoes of the Byzantine commercial capital. Stroll down the Divan Yolu, the ancient Mese or main street of the city, towards the Grand Bazaar. Linger at the Column of Constantine in what was once his forum, and consult the guide book about the history of this peculiar but crucial monument, the city’s only remaining monument of Constantine.

Pass the Bazaar for now, and wander around the Third Hill, admiring the Aqueduct of Valens and the still-puzzling Middle Byzantine church now known only as the Kalendarhane Camii. OK, back to Beyazit Square, the heart of the old city. Find the Booksellers’ Bazaar, here on this spot since time immemorial, and reflect on the heritage of Istanbul University just across the square. Enter the Grand Bazaar across the alley, and when you’re ready to leave, find your way out the back gate towards the Golden Horn. Go out through the textile street, and follow the long straight street–Uzun Carcisi Caddesi (adding the diacriticals) down the hill to the harbor. You are now walking one of Europe’s oldest streets, once the main street linking the Byzantine urban core to the harbor district below.

At the bottom, push though the wonderful street that parallels the Byzantine Sea Walls to the Ottoman Spice Bazaar. Still today bits and pieces of Byzantine commercial structures underlie the Ottoman ones. Look closely, and you’ll find them. (And do track down Sinan’s Rustem Pasha Camii, and do linger in the Ottoman Spice Bazaar, and do take in the crowds and the smells of frying fish along the quay of the Golden Horn! Byzantine or Ottoman or modern, they are the living fabric of the great ancient commercial city.)

Third Day you visit the Seventh Hill. Take in the Kariye Camii/Chora Church with its extraordinary mosaics and frescoes. A passionate guide is a good idea here. Next door, BTW, is a restaurant featuring Ottoman recipes unlike any found in modern Turkish cuisine. From there, tour the Land Walls and by all means find ways to clamber around them–maybe climb the stairs behind the Mihrimah Sultan Mosque.

Explore the Tekfur Saray palace ruins if you can, and find the Blachernae Palace ruins. From there, wander down the back streets to find the Fethiye Camii, or some of the Orthodox churches still working today: the Blachernae church,or St. Mary of the Mongols, the only Byzantine church in the city still in Orthodox use today, uninterrupted since Byz times. End at the Orthodox Patriarchate and its Church of St. George, nestled just inside the Sea Walls, admire its relics and mosaic icons, and reflect on it all. A dinner at the Galata Bridge and an evening view from the Galata Tower would complete this tour nicely. 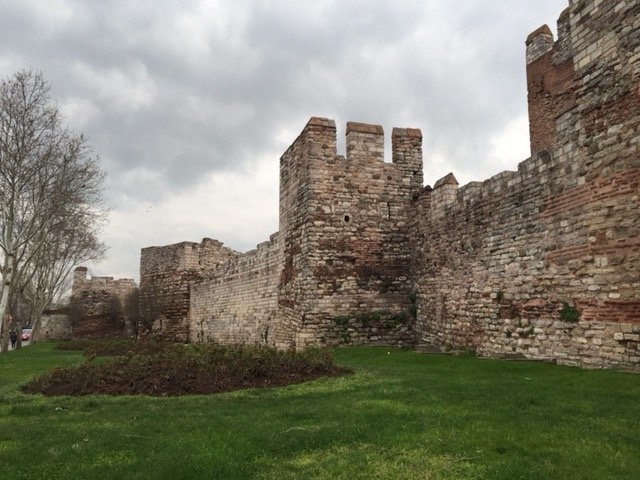 Q – Do you see any promising new directions that Byzantine historians are following?

A – When I trained in Art History, there were high walls between academic disciplines, and within the disciplines were more high walls between the canonical periods considered worthy of study. Scholars today are tearing these walls down, taking a much more interdisciplinary approach to history, and recognizing the connections between, say, the Byzantine Empire and Central Asia, or the Ottoman Empire and the Italian Renaissance.

I study and teach the “Silk Road” these days, a Romantic short-hand term for the overland trading connections between the ancient, medieval and early modern Mediterranean, Central Asian, Indian and Chinese spheres. In other words, the old notion of isolated, paradigmatic cultures studied in their essential forms has given way to new studies of cultural encounters, trade connections, and hybrid cultures developing beyond the old . I find this very exciting, and I find Istanbul to be one of the places where this new historical approach has been most fruitful.

Any more a Byzantine historian would be well-advised to add Arabic and Turkish to his or her historiographic arsenal of research languages, and complement a study of Orthodox Christian cultures with a serious study of the parallel Islamic, Roman Catholic, Russian and even Silk Road cultures. This is where the field is going, and it’s high time.

Professor Butler, thank you for this fascinating interview. Many of us who have fallen in love with the Byzantines have done so without benefit of a tutor such as yourself – just perusing what books we can find on the subject. The disciplined view of a trained historian, as you have shared, helps us to focus on the important aspects of that civilization. And, although I’ve spent ten days in Istanbul, you have given me a list of places that I missed and will have to visit next time I can get there.

Part 1 of the interview >