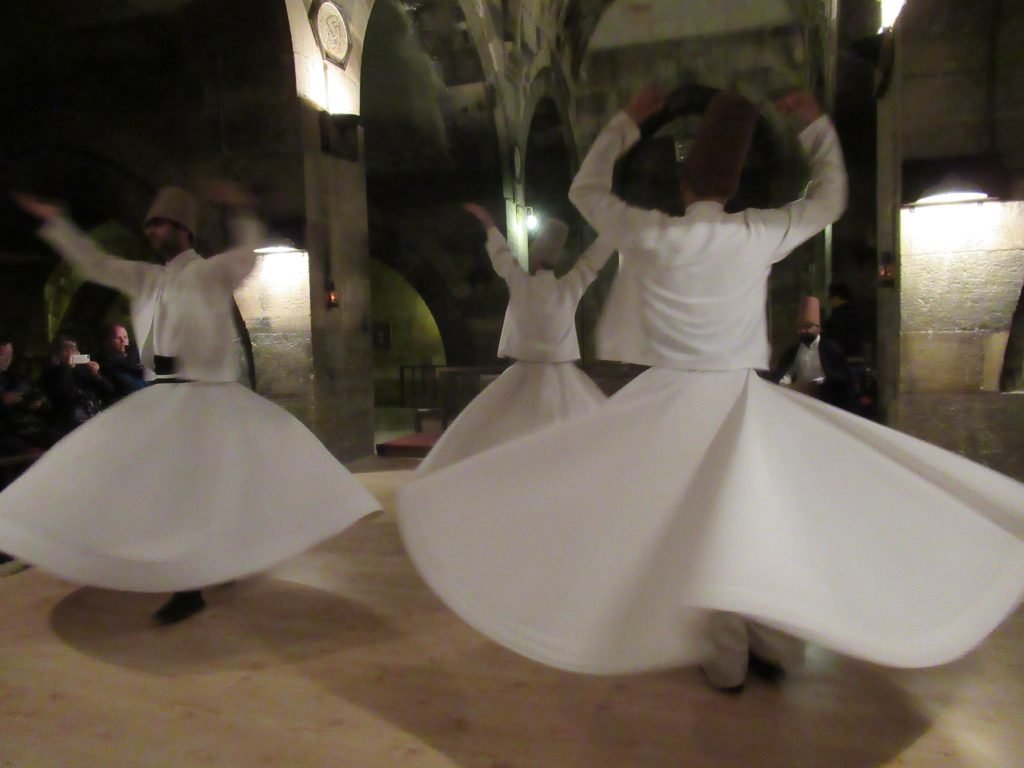 The caravanseri in Turkey are not quite Byzantine, but we visited two built in the late Byzantine era. I thought my readers might find the photos of them from our recent trip to Turkey of interest. Like many of us, I read and enjoyed Peter Frankopan’s book, The Silk Roads and it left me curious to see these old edifices.

Think of caravanseri as the medieval version of truck stops but for camels – a place where traders and their animals could safely rest and recuperate from their arduous journeys. The Seljuk Turks built the ones we visited in Turkey, with funding for their construction from the sultan. They stood along the trading route to Konya, the Seljuk capital.

The rules were (or so we were told) that traders could spend two nights in the caravanseri without charge, the Sultan paying their expense. Any more than that, and the caravan’s owner had to pay. Their exterior stone walls were 40 to 50 feet (12 to 15 meters) high and had few, if any windows. The heavy oak doors at the entrance reached just high enough to let camels in.

The first one we visited was quite large and in the center of the courtyard when you entered was a two storey building, which we were told was an interfaith chapel. To the right were large open stalls where the camels and their caretakers stayed. They are clean now, but I could almost imagine what they must have smelled like during the busiest trading months of the year.

Large rooms with heavy doors where the caravan owners stayed with their valuable merchandise were on the left side. At the end of that row, on the far end of the courtyard, was a bath house. Having now experienced a Turkish bath myself, I can appreciate how much weary travelers enjoyed visiting that room. The rooms where the caravan owners stayed had high ceilings with probably enough space to hold their valuable trading goods.

The government of Turkey is refurbishing the building now. 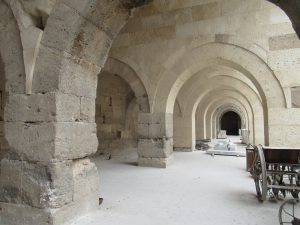 A few days later we visited another caravanseri in Cappadocia. Sufis live and use this one, since the members of a Sufi foundation received it as a gift. Its structure was similar to the larger one we visited first, but smaller and without the interfaith chapel/building in the courtyard’s center. We had the opportunity to witness an authentic Sufi ceremony there, also known as Whirling Dervishes.

This caravanseri still bore the marks of its age, with soot from candles and torches along its interior walls.

Lives in medieval times are difficult for us in the 21st century to imagine and the visit to the caravanseri helped bring the lives of those who travelled the old silk roads into sharper focus. Definitely worthwhile stops!

PrevPreviousReview – Psellos and the Patriarchs
NextAlexios I Comnenus and UpheavalsNext