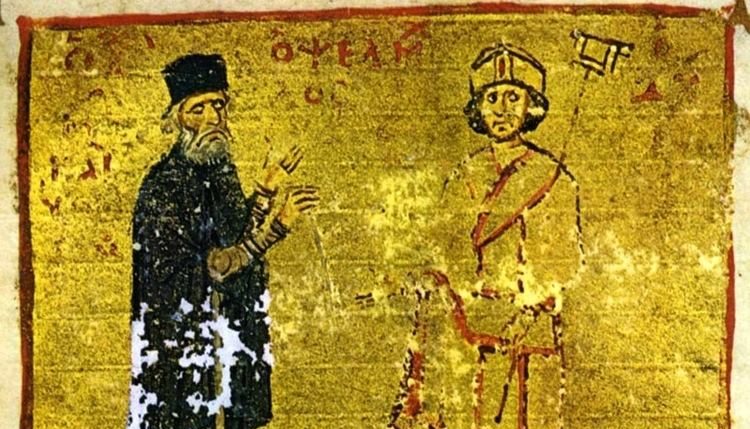 Copyright 2015 by University of Notre Dame 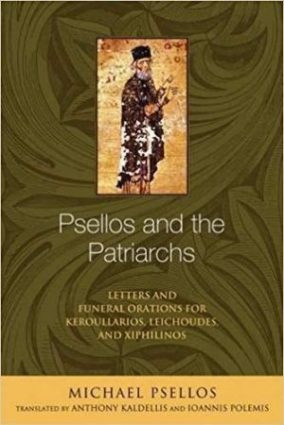 Michael Psellos’ history, “Fourteen Byzantine Rulers” contains invaluable information for those interested in 11th century Byzantine history. This remarkable history  provides more detailed (and gossipy) information about the  period than his friend, the more succinct Michael Attaleiates did in his “The History”. Also, he focused on the rulers he actually knew, rather than on the broader swathe of history that the other great historian of that period, John Skylitzes, does.

Anthony Kaldellis and Ioannis Polemis translated and published this collection of Psellos’ writing, “Psellos and the Patriarchs” a few years ago. Based on “Psellos and the Patriarchs” and “Fourteen Byzantine Rulers”, and his other writings, it appears that the prolific Michael Psellos split his time evenly between his bureaucratic assignments in the Great Palace and in his writing. The priceless information in his books, letters and funeral orations, provide invaluable insights into a tumultuous period in the Byzantine empire. Unlike so many other writers of that time, much of his writing did survive.

Psellos and the Patriarchs

These translations by Kaldellis and Polemis begin with an introduction that includes a brief biography of Michael Psellos. The authors also wrote essays on the careers of the the three patriarchs and, in the case of Keroularios and Xiphilinos, the letters he wrote them. 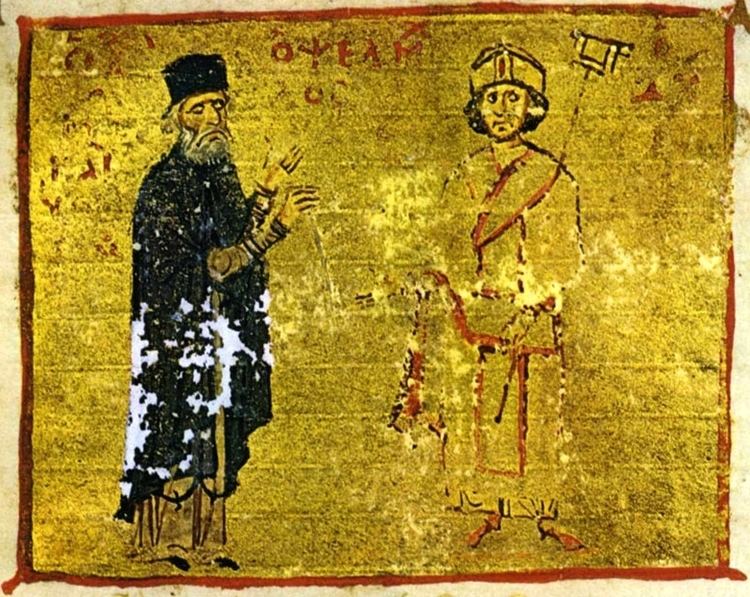 Psellos had a reputation for not being a devout Orthodox Christian. Some even accused him of paganism. That seems unlikely in his era, even if he was skeptical of clerical power and wealth. This skepticism turned him into a target late in the reign of Constantine IX Monomachos. He escaped his accusers and headed to a monastery, trying the monastic life. He lasted less than a year and returned to the capital following the death of Monomachos.

The first translation is a letter to the Patriarch Michael Keroullarios about the time Isaac I Comnenus arrested the patriarch, ordering his abdication. Keroullarios was a key figure in the political disruptions in 1050-1054 during Monomachos’ reign. Psellos blamed Keroullarios for the forced resignations of himself and others, and his monastic tonsure. Psellos’ letter to Keroullarios in 1057-1058 demonstrated his grudge against the then-embattled patriarch. The letter recounts the author’s (Psellos’) modesty, intelligence and education, the great respect so many have had for him. He concludes with irony: “I do not say these things to ridicule you, but rather in admiration of your resistance to all charms.” Later he lets the patriarch know just how people feel about him. “People are more afraid of you than of the conflagration the Chaldeans [a fire consuming the whole world] talk about.”

That letter dripped with all the anger and sarcasm that a wronged person can express for their accusers. It stands in sharp contrast to the Keroullarios Funeral Oration he wrote some years later. Byzantine funeral orations were not always written at the time of the funeral. By that time, Constantine X Doukas sat on the throne, with his wife, Eudokia Makrembolitissa, a niece of Keroullarios, beside him. The tone of this encomium was vastly different from the letter sent just a few years earlier. Typical of the orations was “…although there are not many examples of virtue left in our time, this man alone has proved sufficiently virtuous to be considered equal to all virtuous men of the past and to be much admired in the present too.”

This remarkable change in Psellos’ opinion of Keroullarios goes on for over 70 pages. It contained fulsome praise, excuses for his flaws, and comments about how everyone revered this man. Obviously, Psellos was a man who knew how to trim his sails, depending on how the political winds blew.

I knew little about Leichoudes before reading Psellos’ funeral oration. Leichoudes had the position of ‘mesazon’, or prime minister during Monomachos’ reign. Like Psellos, he faced false accusations and found it prudent to receive the tonsure and enter a monastery. Isaac I Comnenus named Leichoudes patriarch following Keroullarios’ forced abdication. This oration is an excellent example of the courtly Byzantine style of writing. It was less revealing of the personality and events of its subject’s life.

The final patriarch included is Ioannis Xiphilinos, patriarch after Leichoudes died in 1064. These letters to his dear friend, Xiphilinos, reveal an unexpected side to our writer. Psellos wrote them around 1054 during his time as a monk at a monastery in Bithynia. Xiphilinos also became a monk at the same time (with more success) at another monastery. The letters include humorous teasing as when Psellos denies being a new Plato as his friend claimed, as well as a longing to see his old friend. “I have been completely deprived of you, both separated from your kindred and concordant soul, and also divided within myself.” Sadly, the two friends later had a falling out over religious issues. Still, his funeral oration for Xiphilinos (almost 50 pages worth) was a respectful telling of the life of this patriarch.

The only minor complaint I have is that the authors grouped the orations/letters by patriarch rather than in chronological order. However, chronological order would also have its drawbacks, so this organization may work best. This book deserves the attention from the Byzantine history community diaspora, especially on the shelf of any historian studying its 11th century political events.