Review: The Road to Manzikert by Brian Todd Carey 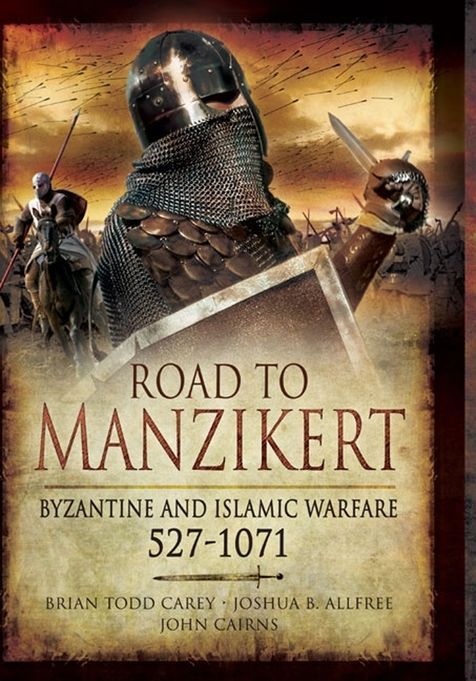 The Battle of Manzikert, like the Battle of Hastings fought five years earlier, began momentous changes to its country. This book (https://www.amazon.com/Road-Manzikert-Byzantine-Islamic-527-1071/dp/1848842155) covers a wide swathe of Byzantine military history – from Justinian’s wars, to early battles between the Byzantines and Islamic armies, to Manzikert in 1071. The epilogue briefly summarizes the years following Manzikert to the last Byzantine emperor’s death in 1453.

The first half of the book built slowly on a number of important battles with Islamic armies. The Byzantines and others (e.g., the Spanish and Chinese) lost many of them. The author wrote so much about the battles the Byzantines lost that it is unclear how the empire lasted so long.

The stories of these battles held some historic interest, but they were not the reason I bought the book. Finally, in chapter 5, we get to Manzikert and the pace picked up.

The defeat at Manzikert was not an isolated incident, but the product of years of incompetent rule from Constantinople. The Seljuk Turks had also carefully nurtured their expansion efforts. From reading this book, it appears the key precipitating event was Constantine IX Monomachus’ decommissioning of 50,000 thematic troops around 1052.  These troops manned the key Armenian border, but that spendthrift emperor wanted the money spent elsewhere.

The author tells of Seljuk raids into Byzantine eastern territories beginning within two years of those cutbacks. In the following years they raided ever more deeply into many central Anatolian cities and towns. The Seljuks’ violent attacks included plundering, besieging, and burning towns. Their populations found themselves raped, enslaved, or killed. Constantinople’s inadequate response only encouraged the Turks.

In 1067 17-year old Michael VII Ducas inherited the throne. Although other men had ruled at that age, no one at the time believe Michael capable of doing so.  His mother, Eudokia Makrembolitissa, became his regent, but after six months realized she could not do this alone. On January 1, 1068 she married the successful general, Romanus Diogenes, who became co-emperor with his stepson. He assumed the challenging but still not hopeless task of trying to push back the Turks.

The book examines the enormous difficulties the emperor faced as he approached the battle – military, political, strategic, and tactical. The most significant of these turned out to be political and it was Romanus’s greatest weakness. Emperor Michael’s uncle, John Ducas, saw his family losing power the longer Romanus ruled. The villain in this retelling was his son Andronikos Ducas, young Emperor Michael’s cousin. He withheld his men at a crucial point in the battle when winning was possible. That Romanus came as close as he did to winning this battle in the face of such headwinds is a tribute to his military abilities. (You can read more about Romanus Diogenes here: https://eileenstephenson.com/the-unlucky-diogenes-family/)

The permanent and devastating impact that the personal and political ambitions of the Ducas family had on the long-term fortunes of the Byzantine empire should be an abject lesson for political leaders of any generation or people.

The first half of the book was a little dry, but generally well-written. The maps worked well on my Kindle, better than with other books. An editor familiar with the Orthodox church would have removed the reference to the Byzantines attending “mass” and replaced it with “services” or “divine liturgy”. There were a few other small errors, but nothing egregious.

Overall, the book’s framing of the story of the road to Manzikert as another stroke in Turkish/Islamic expansion during the Medieval period helped me appreciate the historic currents the Byzantine empire was swimming against in the 11th century. “The Road to Manzikert” was a worthwhile addition to my library of Byzantine histories.

PrevPreviousByzantium & England intersected in the 11th century.
NextWhat if Basil II had been a different Basil?Next