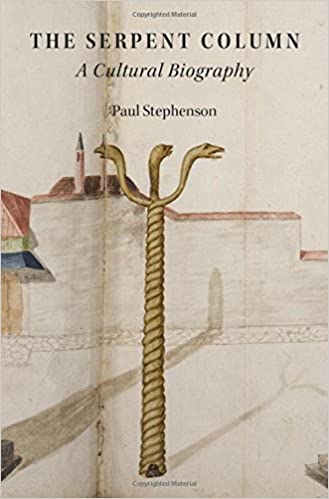 I think most of us interested in Byzantine history are familiar with the historian, Dame Averil Cameron from Oxford University. She and I follow each other on Twitter and she mentioned a book a colleague of hers wrote, ‘The Serpent Column – A Cultural Biography’ by Paul Stephenson (no relation). 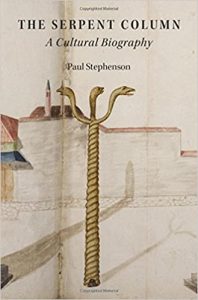 The Serpent Column is the bronze column standing in Sultan Ahmed Square in Istanbul opposite the kathisma (emperor’s box) at the hippodrome. Little did I realize that this column, much diminished from its original twenty or so feet over the years, embodied and witnessed twenty-five centuries of history.

The Greeks fought the Persians for years, first Darius and then his son, Xerxes. Darius defeated the Spartan king, Leonidas, in the famous battle at Thermopylae in 480 BC. Although the Greeks lost that fight, it gave crucial time to the Athenians to assemble the ships that defeated the Persian navy at Salamis weeks later. Darius died, but his son Xerxes persisted and sent an army to make an end to the Greeks at Plataea the following year.

The Greeks assembled an army from thirty-one towns/cities, with the largest contribution coming from Sparta. Pausanias, the nephew of Leonidas and regent for his young son, the new king of Sparta, led the whole army.

It was August 479 BC and the two armies sat on the plain facing each other for twelve days. They harried each other, sized up each other’s strengths and tried to decide when to begin the battle. Aside from taking the measure of each other, both armies looked for propitious signs to indicate it was time to attack. Paul Stephenson notes that as they waited the constellations moved and the constellation of “Draco”, the dragon, took shape so it appeared a snake’s head was aimed (at least from the Greek’s perspective) directly at the Persians.

As with many battles, it was a confused mess. Reading Stephenson’s description, one gets the feeling that the Greeks had an accidental victory. Still, it was decisive and the Persians never again tried to conquer Greece.

A few years later, a monument to the victory was dedicated at Delphi. There is no record of what city fashioned it. However, Stephenson notes that the Spartans had a reputation for skillful bronze metalworking, so the Serpent Column may well have been forged in Sparta. The metal for the column came from the bronze weapons the defeated Persians left behind. The three coiled snakes twisted up, their heads jutting out at the top with teeth and a viper’s tongue. 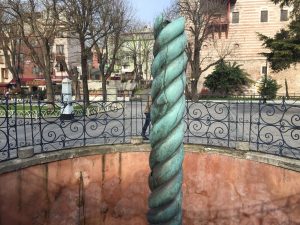 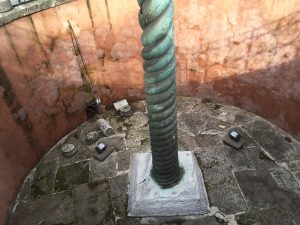 Why snakes? Probably because of the snake constellation. Those of us living in paved over cities and suburbs who rarely see snakes forget how frightening they can be. The snakes symbolized all that was harmful.

Atop the column sat a gold tripod, a foot resting on each snake’s head. The inscription in its bowl gave tribute to Apollo, the sun god, for his intervention on behalf of the Greeks. The gold for the tripod came from the spoils left behind by the Persians. But the golden tripod in tribute to Apollo sat atop their heads in triumph over the wickedness of those snakes, the Persians.

Sadly, no depiction remains of what the monument’s tripod looked like. The column stood for about a hundred and twenty years as originally constructed. A raiding party from Phokis (a polis just north of Delphi) attacked the shrine and stole the gold tripod and whatever other valuables it could find there to pay mercenaries.

The Serpent Column remained in Delphi for seven centuries (most without the tripod). The Roman emperor Constantine the Great founded his city of Constantinople in 330 and moved the column to his city. He placed it in the hippodrome’s spina – the center island around which horses raced opposite the kathisma – the emperor’s private box that was accessed from the Great Palace. Over time the spina became cluttered with various statues, obelisks, and monuments, overshadowing the Serpent Column. Most are gone now, aside from another column to Constantine, and two obelisks. 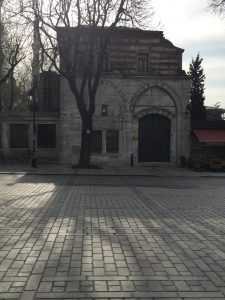 A view of what remains of the kathisma

It appears that the Serpent Column kept its snake’s heads for many years. The 16th Century drawing on the book’s cover shows that it lasted well into the Ottoman Empire’s time. Eventually, though, the heads came off, either by superstitious fear, or Janissary recklessness, we will never know. An archeologist located part of one head during restoration work at the Hagia Sophia in about 1847. About 18 inches (half a meter) long, it now resides at the Istanbul Archeological Museum. 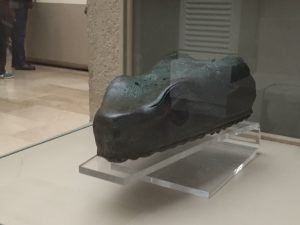 There’s much more to Paul Stephenson’s fine book than I have included here. I recommend you check out “The Serpent Column – A Cultural Biography” to learn more of the history behind this incredible monument. 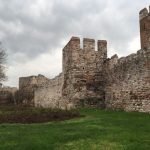 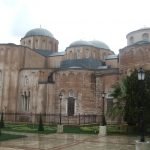 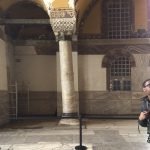 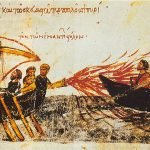 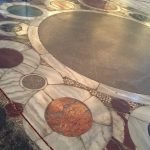 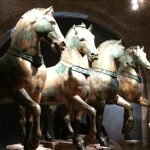 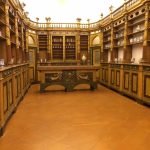 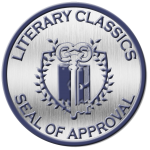