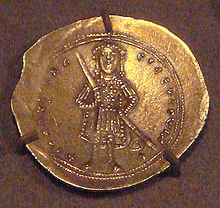 The rulers of the Byzantine Empire rarely sat easy on the throne. If you didn’t keep the populace happy and the borders secure, you could lose the throne. Lucky former emperor might retire to a quiet monastery. If unlucky, he could expect blinding or worse. The years following the death of Basil II in 1025 had their share of rebellions against the  incompetent and/or greedy emperors following him. Oddly enough, three distinguished generals named Nikephoros Bryennios involved in rebellions in the 11th century whose lot it was to have the Comneni overshadow them.

The Emperor Michael VI Stratiotikos was an incompetent ruler, aggravating exactly the wrong crowd – generals who controlled armies. A conspiracy to overthrow him developed among those generals who together chose Nikephoros Bryennios (“the Ethnarch”) as the next emperor. The conspiracy moved along nicely until a bureaucrat loyal to the emperor discovered Bryennios’ plans and arrested him. The unfortunate general received blinding as his punishment. This did not deter the rest of the conspirators and they instead chose Isaac Comnenus. Isaac defeated Michael VI’s forces and became emperor on September 1, 1057 (Byzantine New Year’s Day).

Twenty years later, in 1097, the now emperor Alexios I Comnenus needed a husband for his oldest daughter, Anna Comnena, then 14. His choice fell on the last Nikephoros Bryennios (“the Younger”) in our tale, then about 20. This Nikephoros Bryennios had perhaps taken the lessons on rebellion from his forebears to heart, desiring to keep both his eyes and life. So when Alexios died in 1118, he refused his wife’s entreaties to seize the throne from her brother, John II Comnenus. Anna Comnena was bitterly disappointed at her husband’s lack of support for their joint rule. She eventually turning to writing a history of her father’s reign, Alexiad, a masterpiece which has survived largely in tact through the centuries.

The actual family relationships between the three Nikephoros Bryennios are unclear. Medieval naming conventions meant that men often named their sons after their fathers, brothers, cousins, fathers-in-law; more rarely after themselves. There is no argument, though, that they were all members of the same powerful military family of the period.

All three of these Nikephoros Bryennii were respected and successful generals who would likely have ruled well. It is interesting to see how the fates swung away from each of them to allow Isaac I Comnenus, Alexios I Comnenus, and John II Comnenus to rule in their stead.

You can read more about Anna Comnena and her Nikephoros Bryennios in my book of short stories – Tales of Byzantium, available on Amazon https://www.amazon.com/Tales-Byzantium-Selection-Short-Stories-ebook/dp/B00WTOMJ9A, and about Isaac Comnenus’ journey to the throne in my novel, Imperial Passions – The Porta Aurea (https://www.amazon.com/Imperial-Passions-Porta-Eileen-Stephenson-ebook/dp/B07CMQPDWV). 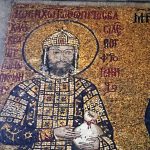 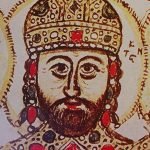 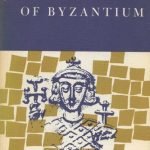 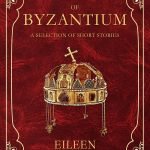 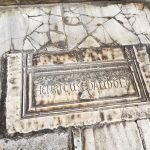 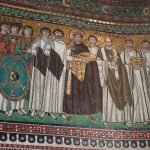